Review: The Infidel: Chapter One, by Bosch Fawstin - [TEST] The Objective Standard 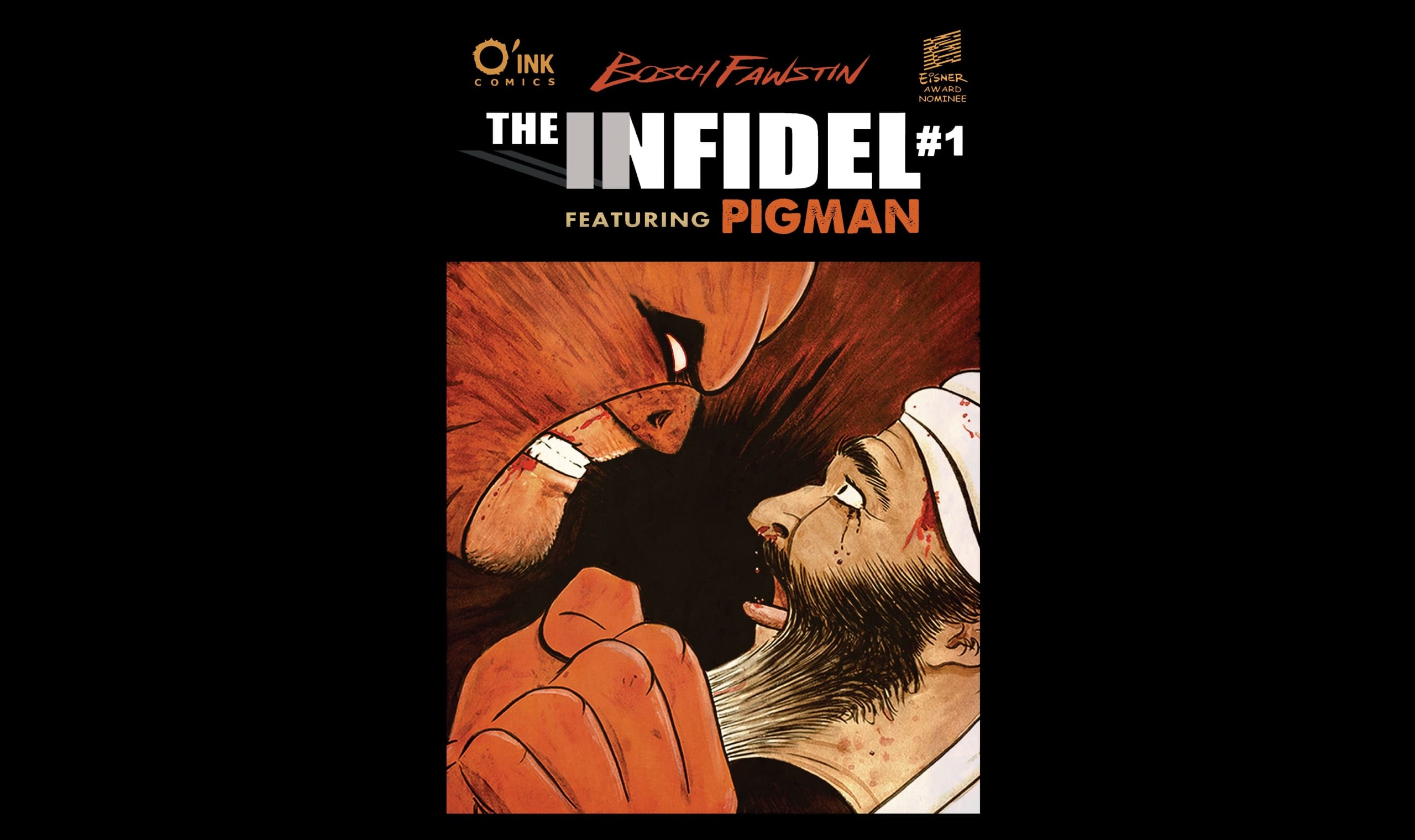 Review: The Infidel: Chapter One, by Bosch Fawstin

Although Killian is of “Albanian Muslim Descent” (p. 14), he no longer holds any allegiance to Islam. In fact, with his creation of Pigman, in response to the atrocities of 9/11, Killian has become one of Islam’s most articulate enemies.1 When asked by a friend why, despite the danger involved, he pursues this line of work, Killian replies: “Because I love it. I love seeing this enemy get what it deserves at the hands of a ruthless hero. And since they’d kill me for no reason anyway, why not give them a good one?” (p. 13)

At the start of The Infidel, we are taken back to 9/11 where we see innocent Americans jumping to their deaths from the Twin Towers, their only alternative being incineration. Pigman, having witnessed this atrocity, reflects:

Most will consider everything but the truth about what happened . . . In order to avoid thinking, saying and doing what is necessary. Within a day, the world will witness the most powerful man on the earth repeating the enemy’s big lie, “Islam means peace” . . . Which cripples our war effort from the start. Then I start thinking . . . And thinking . . . About all the terrible things that must be done . . . To those who had a good day on 9/11. (p. 7)

Killian, in an interview on “Ox News,” describes his creation as “[A]n ex-Muslim who decides to take the war into his own hands after seeing Washington’s pathetic response to 9/11” (p. 14). Pigman does not disappoint: in his world, the Islamists run for their lives as Pigman, with complete moral certitude, pursues and kills them.

The Infidel: Chapter One offers many cheer-worthy moments, such as Killian’s confrontation with an Islamic advocacy group called Your Muslim Friends. While proselytizing near Ground Zero, the “Y.M.F’ers,” confronted by Killian, defend their efforts, saying they have the right to free speech. Killian exercises his own, by calling Mohammed a “liar” and a “pedophile,” among other things. The Y.M.F’ers respond with violence, demonstrating the true nature of their respect for the rights they claim for themselves. Killian ably fends off their attacks and beats one knife-wielding Muslim with a copy of the Koran, quipping, “Well . . . This thing’s not totally worthless” (p. 11). The book is rife with such gems, even as it explores serious ideas and more-complex relationships.

One such relationship is that between Killian and his twin brother, Salaam Duka, who seems to have embraced militant Islam. Another is the friendship between Killian and Ahmed, a moderate Muslim with whom Killian shares a few funny moments. These developing relationships—along with Fawstin’s skillful illustrations—are among the reasons why many readers of The Infidel: Chapter One will look forward to the next installment in the series. But the main reason why readers will eagerly await Chapter Two is the noble desire to see more of the main element that makes Chapter One so rewarding: justice being served to those out to destroy the good for being good.

If you appreciate an engaging story driven by fundamental ideas and full of politically incorrect humor, if you like the idea of those “who had a good day on 9/11” finally getting what they deserve, The Infidel: Chapter One is for you.

(The Infidel: Chapter One is available at Bosch Fawstin’s website.)

Joshua (John M.) Lipana was, until his death in 2013, an assistant editor of The Objective Standard Blog and a freelance writer based in the Philippines. His writings appeared in numerous print and online publications, including Free Enterprise,Capitalism Magazine, NewsReal Blog, and The American Thinker.

View all articles by Joshua Lipana →
Review: Surrender Is Not an Option, by John BoltonReview: Why ObamaCare is Wrong For America
Return to Top