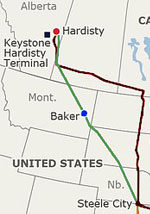 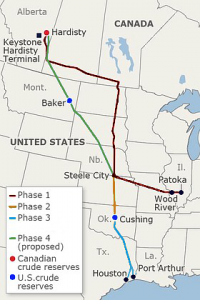 The Obama administration is “putting off its decision on the Keystone XL oil pipeline, likely until after the November elections,” the Associated Press reports, illustrating how leftist political maneuvering continues to delay this vital project.

In 2008, TransCanada Corporation first applied for the U.S. government’s permission to build the pipeline across the border from Canada into the United States. In 2012, the Obama administration refused to grant the permit on the pretext that “the rushed and arbitrary deadline insisted on by Congressional Republicans prevented a full assessment of the pipeline’s impact, especially the health and safety of the American people.”

The federal government should stop impeding development of the pipeline. The developers have a moral right to use their minds, to develop technologies, and to offer their products in the marketplace, so long as they do not violate rights.

Jack Gerard, president of the American Petroleum Institute, justifiably complained that, because of the Obama administration’s roadblocks,

It’s taken longer to approve the Keystone XL pipeline than it did to win World War II, longer than it took us to put a man in space, and almost as long as it took to build the Transcontinental railroad 155 years ago.

The pipeline would enable the highly efficient transport of life-serving energy and raw materials. The U.S. government should get out of the way and enable the lifeblood of civilization to flow.

David Biederman enjoys a career as a production engineer for a independent oil and gas producer. He earned a diploma in petroleum engineering technology in Canada and a petroleum engineering degree in the United States. David is also a researcher and writer for the Center For Industrial Progress.

View all articles by David Biederman →
Zach Braff Is No LiberalDeath by Faith: The Venomous Consequences of Religious Irrationality
Return to Top