The U.S. Government Must Support the Iranian Protesters - [TEST] The Objective Standard 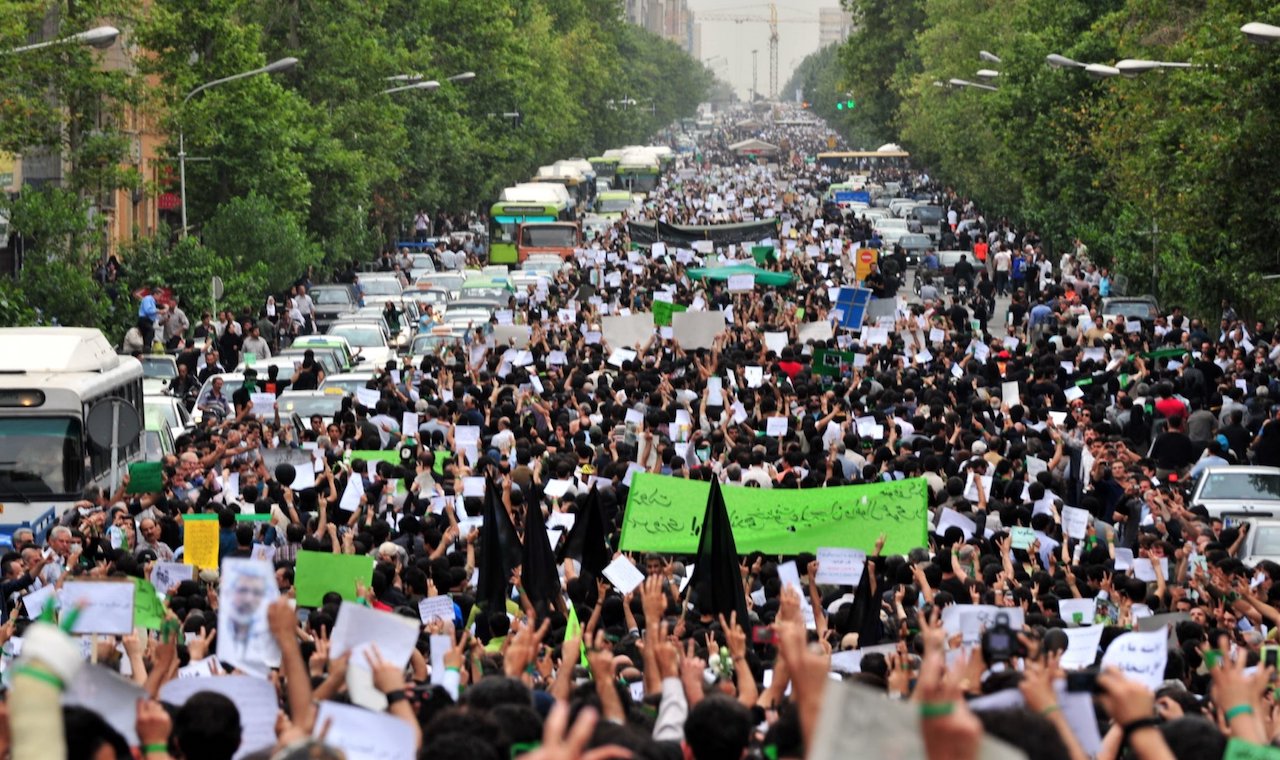 The U.S. Government Must Support the Iranian Protesters

Iranian protesters are again calling for an end to the Islamic regime that oppresses them. And it appears that a sizable portion of the protesters want to replace the regime with a rights-respecting government. Bravo!

The aim of the movement, according to a press release from the National Iranian Congress, which reportedly helped to initiate the protests, is “to ﬁnally end the brutal, oppressive tyranny of the Khamenei regime.”

The protest movement will accept nothing short of the removal of the Islamic regime and establishment of a free, democratic Iran with a new government deﬁned by a Constitution guaranteeing the right of every Iranian citizen to live free of oppression and discrimination with justice and equality.

That language—especially “the right of every Iranian citizen to live free of oppression and discrimination with justice and equality”—is a beautiful thing to see.

The protests involve tens of thousands of protesters and have spread to more than forty cities across Iran, including Tehran, the capital, and Qom, Iran’s religious center. The protesters’ chants include “Death to Khamenei!”, “Death to Hezbollah!”, and “Death to the Islamic Republic!” Amen to all of that.

Of course, the Iranian regime is and will continue murdering, jailing, and torturing protesters in an effort to quell the upheaval. But, this time, the movement may be too big and too strong for the Mullahs and their thugs to manage.

Fortunately, President Trump is speaking and tweeting in support of the protesters—unlike his vile predecessor, President Obama, who despicably turned his back on the Green Movement in 2009 (and again and again). Trump’s words of support, though ineloquent and imprecise, are a welcome change. Moral support from the United States is vital.

But the United States should provide these brave Iranian souls with more than moral support. The Iranian regime is not only an oppressor of the Iranian people; it is also a mortal enemy of America. The Iranian regime has murdered many Americans and seeks to murder us all. This is common knowledge and is fully understood by the U.S. government.

The U.S. government’s sole responsibility is to protect the rights of Americans. Helping these pro-freedom, anti-theocracy Iranian protesters to end the Islamic regime is likely the least costly and least risky means of protecting Americans from further harm by this enemy. The U.S. government has a moral and political responsibility to aid the protesters accordingly.

The Trump administration should supply the protesters with whatever logistical, technological, and even military support is necessary both to ensure that the Iranian regime is brought to an end, and to encourage the establishment of a pro-reason, pro-freedom, pro-America government in its place.

President Trump and advisors, the world is watching.

Craig is cofounder and editor of The Objective Standard, cofounder and director of education at Objective Standard Institute, and executive director of Prometheus Foundation. He is the author of Loving Life: The Morality of Self-Interest and the Facts that Support It; Rational Egoism: The Morality for Human Flourishing; and the forthcoming Moral Truths Your Parents, Preachers, and Teachers Don’t Want You to Know. He is currently working on his fourth book, “Thinking in Principles.”

View all articles by Craig Biddle →
Live Free or Die: The Story of General John Stark‘It Was Time for Every Man to Stir’: Thomas Paine’s Common Sense
Return to Top