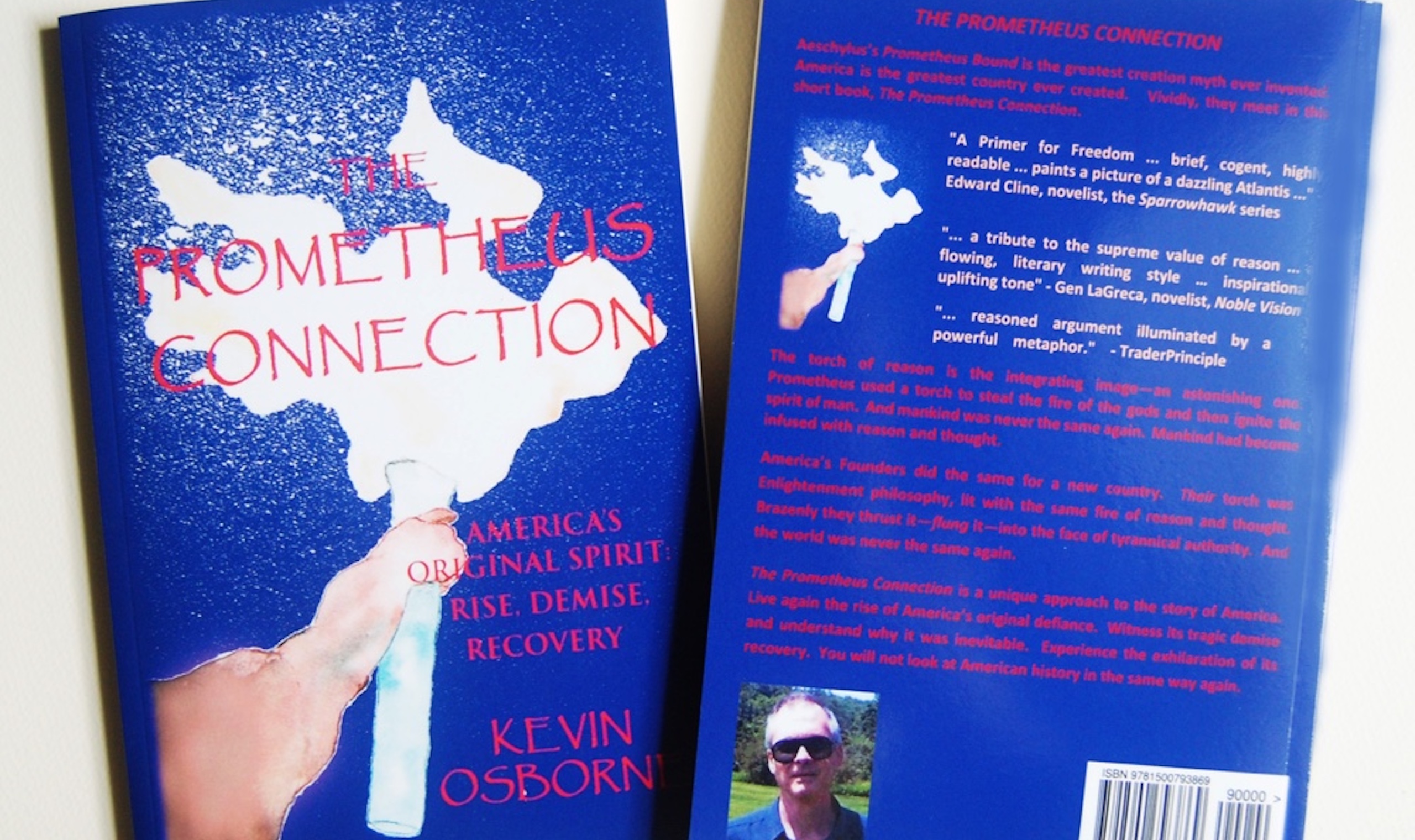 Among the most famous, long-lived, and insightful products of human imagination is the ancient Greek myth of Prometheus, the fire bringer.

Prometheus is a towering icon, the hero who defied the gods by stealing their closely guarded fire and bringing it to mankind. Kevin Osborne’s 2014 The Prometheus Connection is a short history of America told in terms of this famous myth. This essentialized account brings history to life in a unique way.

The Prometheus Connection’s subject is America’s original spirit, with the theme that that spirit is reason-based defiance. Indicating the similarities between Prometheus and early America, Osborne writes:

Prometheus the fire-bringer is the leitmotif of what follows. His story is rich in metaphor: Prometheus as the archetype of defiance, his torch as the symbol of reason and thought, Zeus as the great symbol of authority, chains as the tool used by authority to suppress defiance, Heracles as liberator. (ix)

The Prometheus Connection’s structure largely reflects these metaphors and does so in fascinating ways. For instance, chapter 2, “Reason Unbound,” shows us that, as in Prometheus’s story, the torch of reason lit the new American Republic and drove the meteoric rise in its standard of living during its first century and a half. Osborne shows how America’s original constitution, more than any other factor, made this possible. That constitution strictly limited government to the protection of individual rights, which protected people’s freedom to live their lives as they saw fit. Politically, this was America’s great creative advance. It was an act of defiance as well, being the first and only time in history a nation limited government in this way.

Chapter 5, “Chains: The Wrath of Zeus,” demonstrates ill effects of government regulation and religious dogma at work in America today; and chapter 6, “Heracles,” is a concise depiction of philosopher-novelist Ayn Rand as the great liberator. She was the 20th-century intellectual who, in Osborne’s words, “cut through those chains and unleashed reason on Earth once again” (82).

The Prometheus Connection demonstrates that the loss of America’s original spirit necessarily led to greater and greater encroachments upon freedom. In the tradition of Ayn Rand’s essay “For the New Intellectual,” Osborne explains that knowing the history of how we got where we are today can teach us what we need to do to reestablish America’s original spirit—and the freedoms that flow from it.1

What would success in this endeavor look like? In answer to this question, Osborne’s final chapter “sets the imagination loose,” inviting us to

Pick up The Prometheus Connection today, and step into that world.

The Prometheus Connection explains the history of how we got where we are today and teaches what we need to do to reestablish America’s original spirit—and the freedoms that flow from it.
Click To Tweet 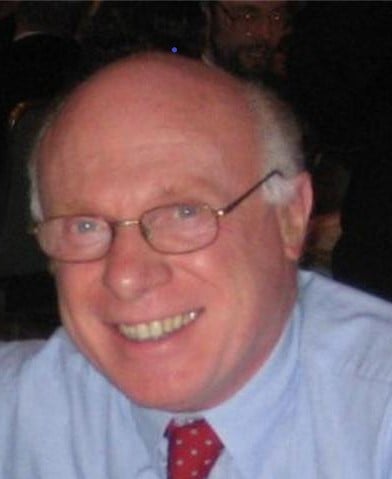 Alex Bleier is a website developer, a specialist in search engine optimization, and an editor.