Massive government-enforced lockdowns and their cascading economic effects have put tens of millions of people out of work. Through no fault of their own, many have been reduced to dire straits and are now scrambling to find ways to support themselves. Politicians—attempting to help those whom they’ve kept from working and resuscitate markets that their lockdowns have extinguished—have united around the notion that governments must provide “stimulus.”

In the United States, the Coronavirus Aid, Relief, and Economic Security Act (CARES)—which passed unanimously in the Senate and by an overwhelming majority in the House—is a $2.2 trillion stimulus package for families, businesses, and even government agencies. Already the largest stimulus package in history—far surpassing the $700 billion TARP program of 2008—it’s likely to be only the first of multiple waves of such spending.

In addition, the Federal Reserve has used normal discretionary and emergency powers (known as the “13-3 authority”) to set interest rates to near zero, promise virtually unlimited loans to banks, purchase mortgage-backed securities, and create vast quantities of new “money” in many other ways. Central banks around the world—including the People’s Bank of China, European Central Bank, Bank of England, and Bank of Japan—all have taken similar steps.

Clearly, when people are locked down and cannot work, they need some means of supporting themselves. But are stimulus packages and related financial manipulations a good solution to this problem? What will be their consequences?

A World Without Stimulus

To answer these questions, let’s start by looking at what happens in a marketplace when there’s a disruption and businesses do not receive stimulus money.

First, the disruption reveals vulnerabilities, incentivizing investors, entrepreneurs, and workers to make better decisions about future investments of time and money. Weak leaders and ventures are exposed; excessive risk taking and complacency are punished. For example, since the 2008 financial crisis, department stores (which, of course, did not receive TARP money) such as J. C. Penney, Sears, and Neiman Marcus have closed thousands of locations and have scraped by with asset-based loans against their inventory. Meanwhile, shoppers increasingly have moved online—where they can compare products more easily and get the best value for their dollar—as have many investors and entrepreneurs.

Businesses that are overextended and unable to obtain additional loans go bankrupt, but their employees and capital don’t disappear. Buildings owned by bankrupt retail chains don’t vanish, nor do planes owned by bankrupt airlines. Instead, such resources are acquired by more responsible owners spearheading more stable ventures.

Likewise, the most productive employees of failed businesses often find work with better companies in their field or related fields. Others find new types of work, which often require them to develop new skills that are in higher demand in the changing economic landscape. A salesman at a retail chain that goes bankrupt might get a job at an Apple store or as a delivery driver for Amazon. Those with contingency plans—whether savings or insurance—are rewarded, and their forward thinking is reinforced. Others rely on the support of friends, family, and private charity.

Also, because people have less income, they consume less and are incentivized to save more. This reduces demand for many goods and services, especially luxuries. As a result, prices drop—including the prices of raw materials, equipment, and labor—meaning that businesses making in-demand products can do so more cheaply. This makes it easier for individuals to get back on their feet and for businesses to restructure, creating the foundation for a strong recovery.

On every level, market disruptions reveal fragility and provide people with the information they need to make their personal and professional lives more robust, which, in the aggregate, contributes to a stronger recovery—and to an economic immune system better able to withstand future crises.

Throwing Money at the Problem

Now, let’s look at the consequences of governments responding to a massive market disruption with stimulus packages, as most currently are doing or planning to do.

Whereas people otherwise would notice faults in particular businesses and personal financial plans, they are less likely to do so when those weaknesses are papered over with bailout money. Unprofitable, unsound businesses are propped up, and ineffective and wasteful executives and managers often remain at the helm. Assets and personnel who otherwise would move to more productive ventures instead sit idle or are employed to produce goods and services for which there is reduced demand.

Those who otherwise would have strong incentives to make better financial decisions and increase their resilience for the future instead are incentivized to proceed as if little has changed. “Free money” enables many people to maintain poor spending and saving habits; they need not so earnestly reprioritize their values or restructure their finances when the government pays them to rest on their laurels. Many may continue spending on luxuries, the makers of which continue bidding up prices of raw materials, which can increase the cost of basic necessities and in-demand goods. Take, for instance, polypropylene, a plastic resin used in cars, furniture, toys, luggage, and for the wrapping on baked goods and cigarettes—as well as in N95 respirators, surgical masks, protective gowns, and all manner of lab equipment.

Further, unlike individuals and businesses, governments don’t create wealth—they only redistribute it from one person to another. In America, the CARES Act won’t be funded by raising taxes (which would cancel out the stimulus, rendering it pointless) but by a sleight of hand that amounts to printing money. The Treasury borrows money by selling bonds to banks. But because banks don’t have $2 trillion sitting around, the Federal Reserve digitally creates and lends them as much money as they need to purchase these bonds and does so at near-zero interest rates (a process known as balance sheet expansion). With this money, the banks purchase the bonds from the Treasury, and the Treasury sends out stimulus payments.

Just as with printing money, this process has many destructive consequences. For one, by expanding the amount of money in the marketplace, the government decreases the value of every dollar in circulation. Because people have more money to spend, they purchase more, which increases demand—and prices. This depletes the value of existing savings and thus surreptitiously violates people’s rights to their own earnings. And because stimulus recipients can spend the new money at today’s prices whereas investors will get their money back only when prices are inflated, it effectively transfers wealth from those who saved money to those who didn’t.

Another particularly insidious effect is that when banks buy bonds from governments and resell those bonds to investors, those investors no longer have that money to invest elsewhere. Instead of investing in promising ventures, those who purchase the government bonds being used to fund the stimulus package effectively will be paying to keep unprofitable businesses afloat. In addition, their money will help to diminish incentives for displaced workers to seek gainful employment. So instead of savers investing in productive capacity, they will be incentivizing short-range consumption, which diminishes economic growth.

There is an idiom for this: “eating one’s seed corn.” Families who lived off their land would reserve the seeds of some of their harvest to plant during the next season. When a crop failed, they sometimes had to eat their stored seed to survive, which meant they had little or nothing to plant the following season.

Whereas investors otherwise would be looking for fertile places to grow their money, many instead will sink their savings into government bonds, and the government will serve their “seed corn” to those ready to chomp it down.

In sum, stimulus packages conceal and perpetuate fragility, hiding information that people need to think clearly and act accordingly in regard to their finances and their work. They lure capital away from productive investments, weakening rebuilding efforts, dragging out recessions, and making us all more vulnerable to further crises. And they violate rights by inflating the money supply and reducing the value of every earned dollar.

The government response to the COVID-19 pandemic has harmed many innocent people. But stimulus packages will only make a bad situation worse. Though touted as a cure, such “stimulus” is, in fact, another disease.

The government response to the COVID-19 pandemic has harmed many innocent people. But stimulus packages will only make a bad situation worse. Though touted as a cure, such “stimulus” is, in fact, another disease.
Click To Tweet 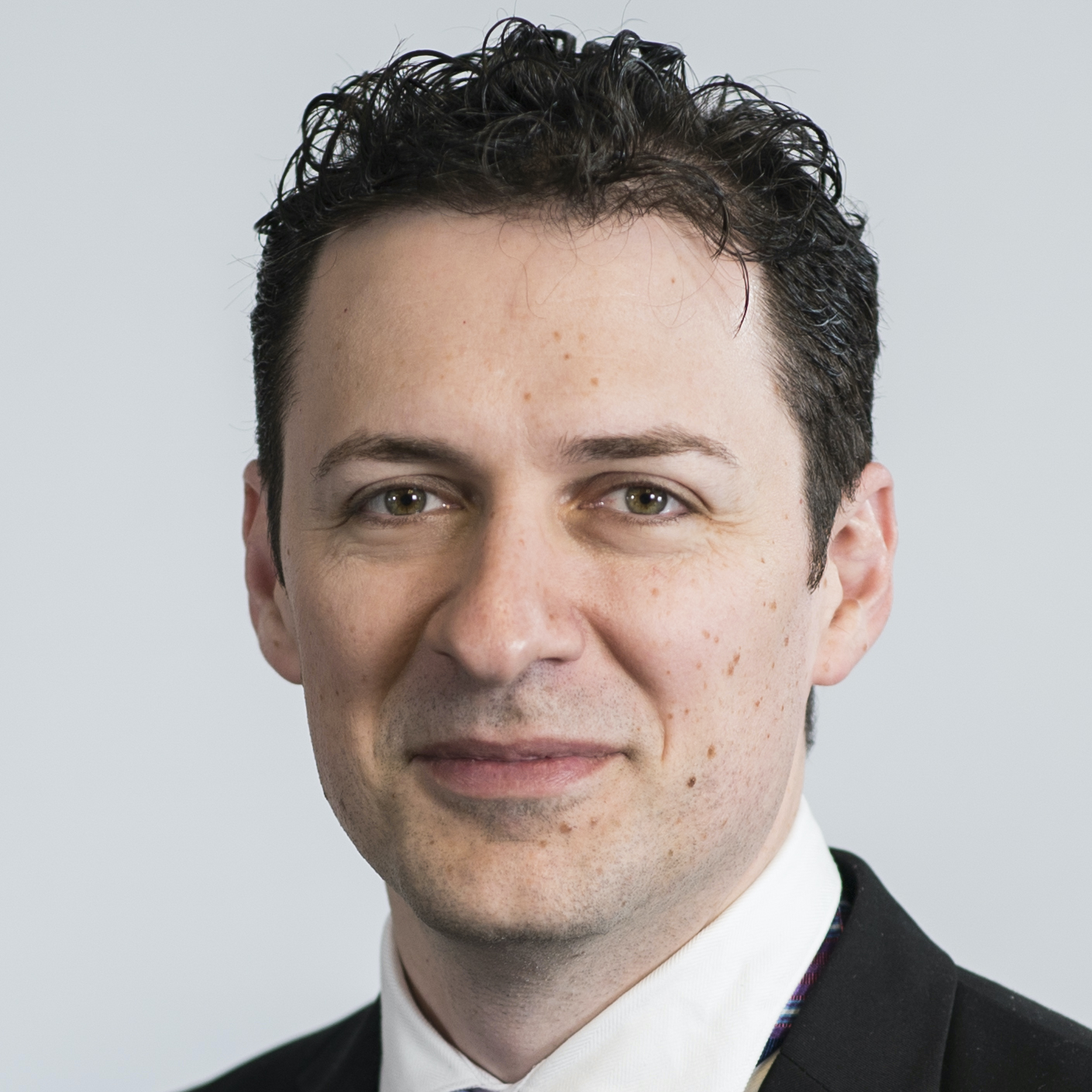 David Veksler is webmaster at The Objective Standard and the former director of technology at the Foundation for Economic Education. He is an expert in content management, marketing automation and applied cryptography, as well as managing partner of Vellum Capital, a blockchain hedge fund management firm that specializes in blockchain technology and crypto-assets such as Bitcoin.