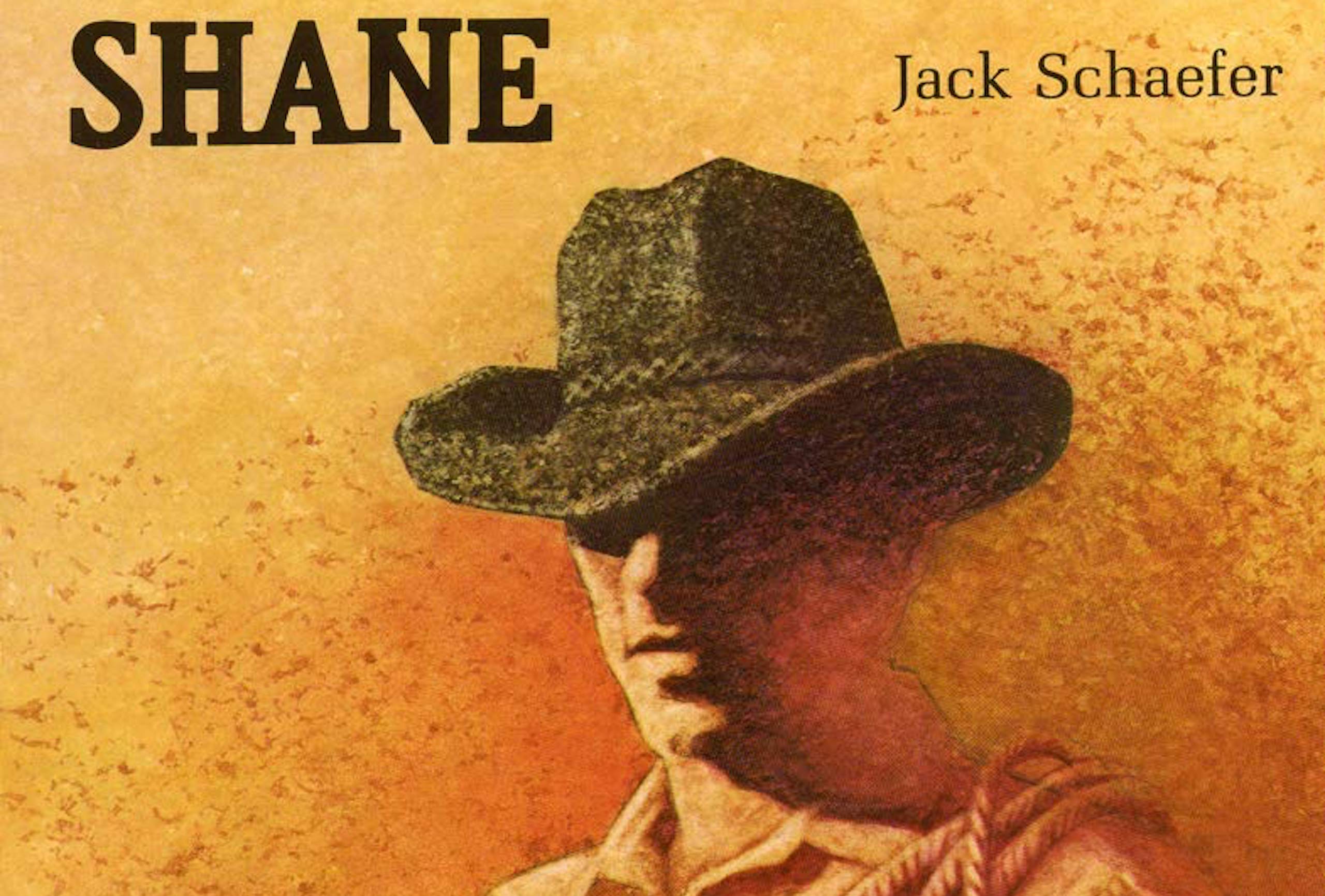 Shane tells the story of how one man of unyielding virtue can defeat evil and inspire the best in others. The plot follows the Starretts, a family of homesteaders, who encounter and befriend an enigmatic man, Shane. They come to love him, and he later helps them resist the forceful tactics of a rancher who tries to bully them off their land. Shane is a quiet, self-possessed, and capable man with a mysterious background. The story’s narrator, a young Bob Starrett, looks up to Shane and learns from him the qualities that define a good man’s character.

From the moment Shane wanders into the Wyoming valley and into the lives of the Starrett family, he influences everyone he meets. Bob notices Shane’s relaxed confidence on first seeing him:

He was not much above medium height, almost slight in build. . . . But even I could read the endurance in the lines of that dark figure and the quiet power in its effortless, unthinking adjustment to every movement of the tired horse. He was clean-shaven and his face was lean and hard and burned from high forehead to firm, tapering chin. His eyes seemed hooded in the shadow of the hat’s brim. He came closer, and I could see that this was because the brows were drawn in a frown of fixed habitual alertness. Beneath them the eyes were endlessly searching from side to side and forward, checking off every item in view, missing nothing. (2)

Bob quickly becomes smitten with the stoic man, and, once the rest of the family meet him, they follow suit. Even Bob’s mother, often wary of strangers, takes a liking to him after only a short exchange.

Shane is a conscientious man who doesn’t take anything he hasn’t earned. After having been sheltered and fed by the Starretts, he quickly goes to work to repay them for their hospitality, even over their objections. This is illustrated when Shane helps Bob’s father, Joe Starrett, uproot a massive tree stump that has been vexing him for years.

Father halted. . . . “Now lookahere,” he began, “there’s no call for you—” Shane broke his rhythm just long enough to level a straight look at us. “A man has to pay his debts,” he said and was again swinging the axe. . . . “You don’t owe us anything,” I said. “Lots of times we have folks in for meals and—” Father’s hand was on my shoulder. “No, Bob. He doesn’t mean meals.” Father was smiling, but he was having to blink several times together and I would have sworn that his eyes were misty. (20–21)

As the story unfolds, Shane’s relationship with the Starretts becomes stronger, and the tension between the peaceful homesteaders and the villainous rancher escalates. A series of conflicts gradually devolves into violence, and Shane heroically defends the Starretts and other homesteaders. At the climax, we see the deadly skills he has kept dormant since the beginning of the story.

Shane is one of the most compelling heroes I have read in fiction. Those who meet him are inspired to better themselves. Describing Shane’s effect on his family, Bob says, “They were more alive, more vibrant, like they wanted to show more what they were, when they were with him” (35). Even when others are discouraged, Shane remains steadfast in what he believes is right. “‘Don’t worry, Marian,’ [said Shane], ‘You’ll not lose [your home.]’. . . You knew he was right because of the way he said it and because he said it” (80–81). His goodwill encourages goodwill in others: “[The store owner said,] ‘Listen to me, Starrett. It’s about time this town worked up a little pride. Maybe it’s time, too, we got to be more neighborly with you homesteaders’” (96). And Shane stands up for those he loves:

[The townsfolk] resented that [Shane] was linked to them. And as a result their opinion of father was changing. That was what finally drove Shane. He did not mind what they thought of him. . . . I think he did not care what anyone anywhere thought of him. Except us, his folks. And he knew that with us he was one of us, unchangeable and always. (70)

Shane is an indomitable force for good. He stands up for what he knows is right and refuses to compromise his principles (much like Howard Roark of Ayn Rand’s The Fountainhead).1 Shane by Jack Schaefer is an invigorating tale of heroism that celebrates the fundamental power of the good in human life and its ability to defeat evil.

Shane by Jack Schaefer is an invigorating tale of heroism that celebrates the fundamental power of the good in human life and its ability to defeat evil.
Click To Tweet

William Nauenburg works as a freelance writer and blogger. He earned his bachelor's degree in philosophy from San Diego State University and currently resides in San Diego, California.

View all articles by William Nauenburg →
George Floyd, Revolutions, and the Path to JusticeBe Like Water: The Inspiring Legend of Bruce Lee