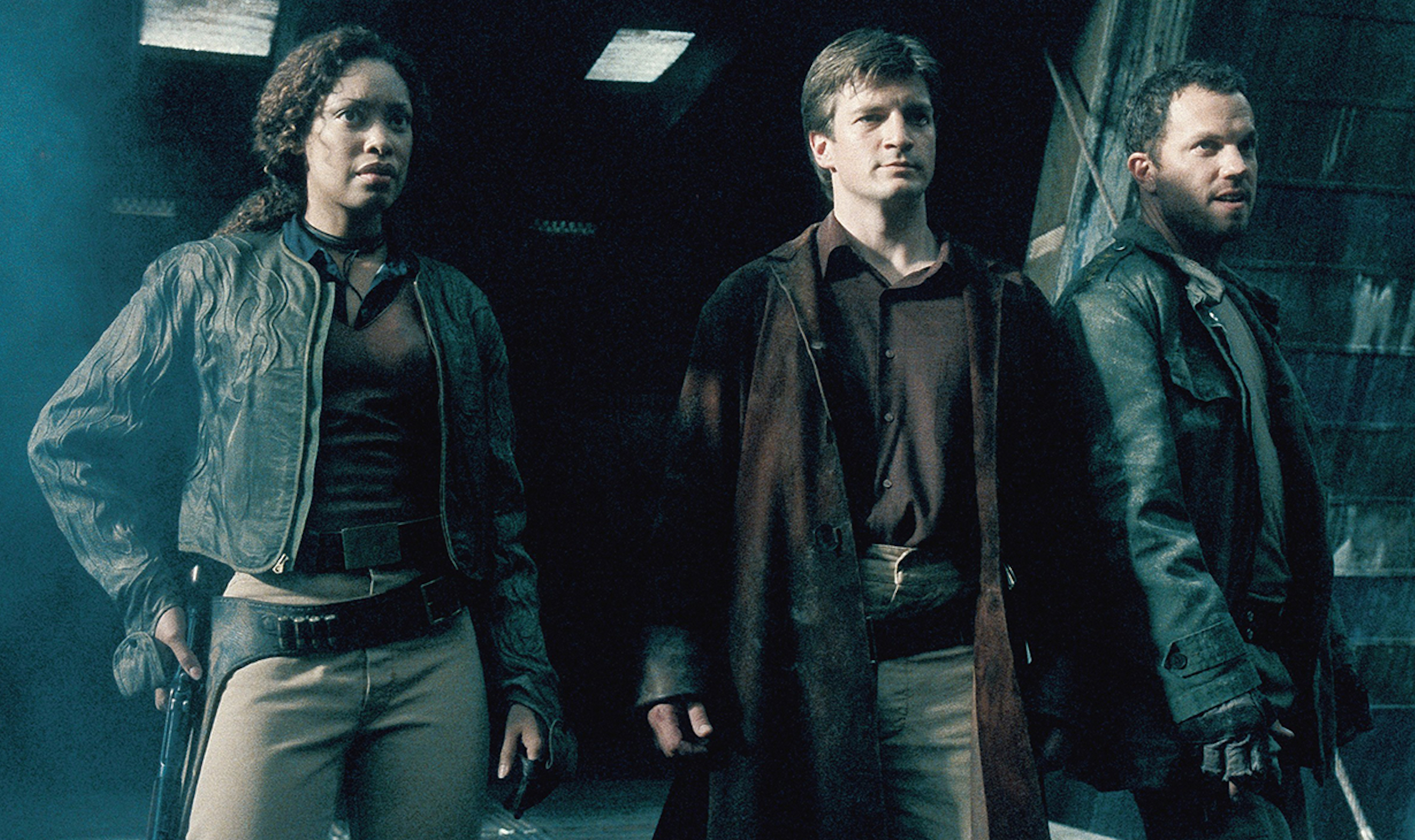 Although Firefly ran for less than a single season and has been off the air for nearly twenty years, it remains one of the most intensely beloved television shows of all time. Its odd (yet oddly believable) fusion of American and Asian culture is charmingly unique, as is its space-age presentation of themes most commonly seen in 20th-century Westerns.

The show follows freelance smuggler Malcolm “Mal” Reynolds and his ragtag crew, including war veterans, mercenaries, and fugitives. Prior to the first episode, Mal and his first mate, Zoe, fought together on the losing side of a war against the Alliance, an authoritarian interplanetary government. After the war, Mal bought a dilapidated Firefly-class transport ship, which he christened Serenity, and continued to resist the Alliance by running contraband. Throughout the series, Mal and his crew fight for justice and their own freedom, although they occasionally make questionable or downright indefensible decisions.

In “The Message,” Mal and Zoe receive a large package. When they open it, they discover that it contains the body of a young soldier named Tracey who served under them in the war, along with a recorded message asking them to return his body to his parents. A few days into the journey, Tracey wakes up; he tells the crew that he faked his death in order to smuggle black market organs inside his own body and that he planned to use the money to support his destitute family.

Shortly after this revelation, an Alliance ship catches up to the Serenity, and its captain demands that Mal hand over Tracey, whom he knows to be smuggling organs. Mal says that if Tracey had told him the truth and asked for help, he likely would have given it willingly, but he deeply resents being forced into open conflict with the Alliance. Nonetheless, the crew of the Serenity agree to help Tracey run from the law.

When they fail to evade the feds, Tracey grows desperate and takes one of the crew hostage. Mal’s compassion for the young man, already stretched thin, finally snaps. He fatally wounds Tracey, whose attempt to blame Mal for his poor decisions falls on deaf ears. Although the episode’s ending is bittersweet, it highlights Mal’s willingness to choose justice over compassion when the two are mutually exclusive.

Mal’s views on forgiveness and loyalty are explored with greater nuance in “Ariel,” in which Jayne, the crew’s brashest fighter, attempts to give up two other crew members to the Alliance in order to collect the bounty on them. Mal discovers Jayne’s treachery and locks him in the ship’s airlock, threatening to eject him into space. Mal gives him a chance to explain himself, and Jayne, who historically has been dishonest and evasive, surprises viewers by taking full responsibility for his actions.

Jayne’s past behavior clearly shows that he can’t be trusted. Mal takes justice seriously and holds that the punishment should fit the crime—but he also holds that people have free will and can change if they truly want to and commit to putting in the necessary effort. His response to Jayne’s plea (no spoilers) challenges viewers to consider their own beliefs about justice and second chances. Even those who don’t agree with Mal’s ultimate decision regarding Jayne’s fate can appreciate the seriousness with which he approaches it and his reverence for human life more broadly.

Unfortunately, at times Mal’s sense of justice is out of sync with reality, such as when he attempts to reassure a doctor who fears that Mal plans to kill him. The captain says, “If I ever kill you, you’ll be awake, you’ll be facing me, and you’ll be armed,” implying that evil men deserve a “fair” fight—an implication that his actions later support when he agrees to duel an aristocrat known to use such duels as an excuse to murder his rivals legally. These incidents are relatively uncommon, though, and Mal’s actions usually are more philosophically consistent than his words.

Although Mal is the main character and gets the most screen time, his crew members exhibit heroic tendencies of their own. In “War Stories,” Mal and Wash (his pilot, and Zoe’s husband) are abducted by a gangster they crossed in a previous episode. Zoe scrapes together donations from the crew and goes to barter for their lives. The gangster gloats and tells her that she can’t afford to free both of the men. He appears to delight in the prospect of Zoe’s tearful pleas. She disappoints him when she interrupts and calmly chooses her husband, saying, “I’m sorry. You were going to ask me to choose, right? Do you want to finish?”

Zoe’s seeming disregard for Mal’s plight is an act, one that she’s able to sell convincingly only because of her dedication to reason. She has a clear hierarchy of values; she values her husband more than her captain, but she does value Mal greatly. More important, she instantly rejects the notion that she must choose between them and resolves to leave the gangster’s hideout with both of them—or dead. By feigning indifference toward Mal, she tricks the gangster into lowering his guard and thus creates an opening for a surprise rescue. Although the experience is emotionally agonizing for her, she maintains a commitment to making decisions based solely on reason, and this is why she’s victorious.

Firefly also demonstrates a remarkably clear view of the nature of evil, at least in certain respects. In “Trash,” a master thief and con woman marries a rich man and gains his confidence so that she can rob him easily later. When he discovers her plot, she angrily lashes out, telling him that he is pathetic and should be ashamed at how easily he allowed himself to be manipulated. She gloats, mocking him for believing in love, which she views as a weakness.

In response, the rich man tells her simply, “I feel sorry for you.” He says nothing more, but his tone and delivery convey an added meaning so clearly that it’s almost impossible to miss. In effect, he is telling her, “You think you’ve won some sort of victory, but in reality, you’ve only crippled yourself. Your dedication to deception has cost you any chance at real happiness.” The con woman stumbles, clearly taken aback by this response and, on some level, aware of its truth. It’s rare for works of fiction to identify so clearly the fact that dishonesty, although certainly capable of harming innocent people, is often most harmful to the perpetrator.

Firefly is not perfectly accurate in its attempts to depict the essential natures of heroism and villainy, but its successes are much more uplifting than its failures are problematic. It’s also consistently funny, skillfully written, and passionately acted. It’s a real shame that it was canceled after just fourteen episodes, but fortunately, they are available on DVD, Blu-ray, and Amazon Video. The 2005 film Serenity was made to tie up the plot threads that the show’s unexpected cancellation left unresolved; it does so reasonably well and is definitely worth watching after you’ve finished the show. If you love Westerns (or just good TV more generally), saddle up with Firefly.

#Firefly is not perfectly accurate in its attempts to depict the essential natures of heroism and villainy, but its successes are much more uplifting than its failures are problematic.
Click To Tweet

View all articles by Tim White →
Kyle Steele on VanDamme Academy’s Response to COVID-19Thank You, Big Tech, for Unfriending China
Return to Top