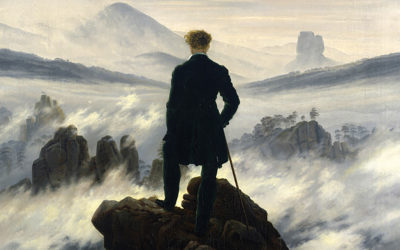 Examines four paintings by Friedrich (plus one by Theodor Kittelsen), analyzes them by means of a new concept Mr. Boeckmann calls design-theme, and integrates them under the concept of “visual romanticism,” thus going a distance toward objectively defining that school. (The article is accompanied by five color images of the paintings discussed.)