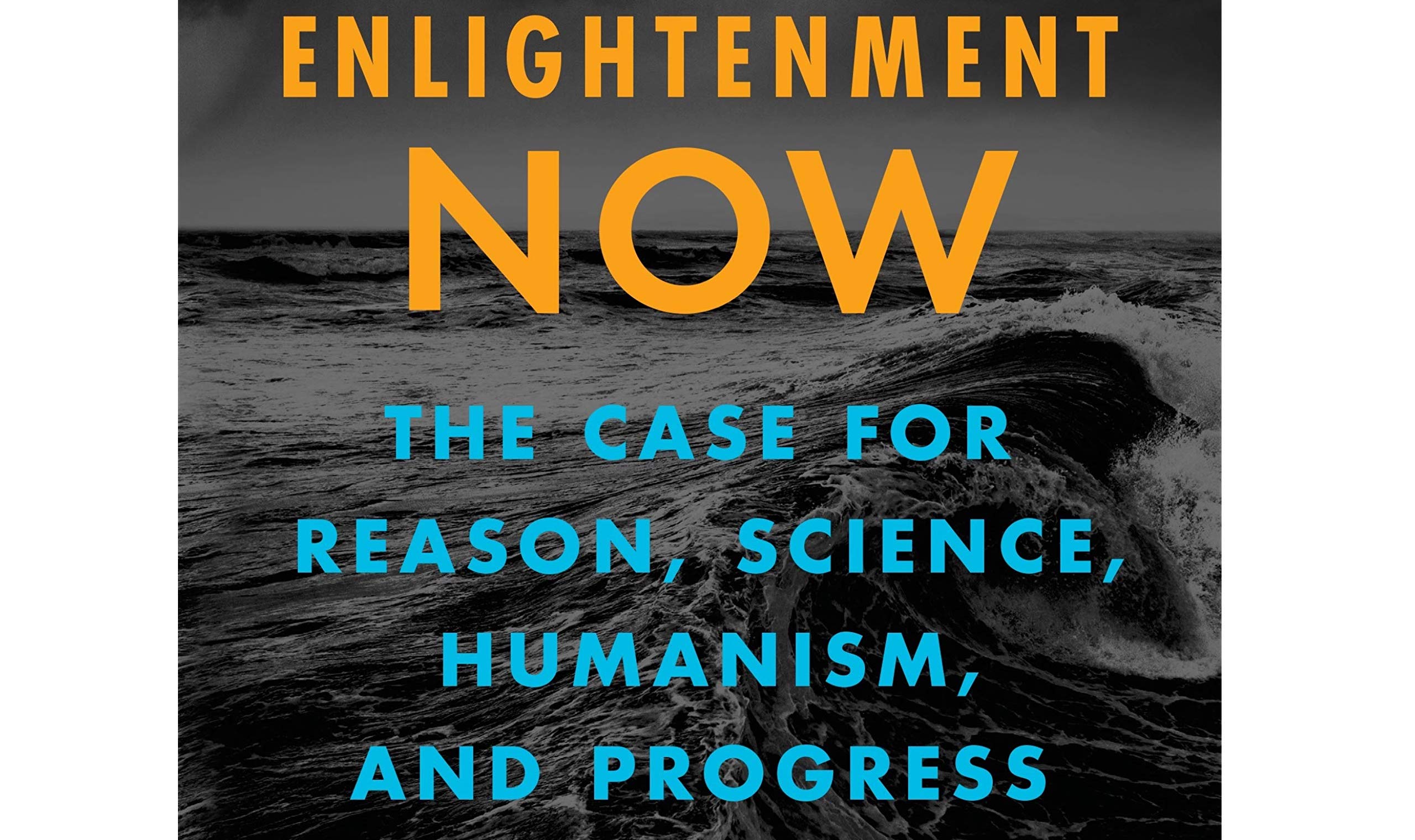 Enlightenment Now: The Case for Reason, Science, Humanism, and Progress by Steven Pinker

Under the daily barrage of bad news, it would be easy to lose perspective and even to conclude, in the words of a 2016 New York Times article, that “humanity is screwed.” But Harvard professor Steven Pinker has a different view, and his book Enlightenment Now lays out a powerful case for cultural optimism. Rational readers would be hard pressed to finish it without a skin-tingling sensation of wonder at the progress mankind has made in the past two centuries—or the conviction that reason and freedom give us the tools to surmount the problems that remain.

The book’s strongest feature is Pinker’s thorough detailing of the technological and social improvements of the past two centuries, during which “life expectancy across the world has risen from 30 to 71, and in the more fortunate countries to 81” (322). At the dawn of the Enlightenment in the 18th century,

a third of the children born in the richest parts of the world died before their fifth birthday; today that fate befalls 6 percent of the children in the poorest parts. . . . The world is about a hundred times wealthier than it was two centuries ago. . . . The proportion of humanity living in extreme poverty has fallen from almost 90 percent to less than 10 percent. (322)

And it’s not just obvious improvements in medicine or agriculture. Even seemingly little joys such as the technology that cultural pessimists often deride as trivial have drastically improved lives. Consider smart phones, recently the target of a snide attack by Fox News’s Tucker Carlson. “Today about half the adults in the world own a smartphone,” notes Pinker.

In parts of the world without roads, landlines, postal service, newspapers, or banks, mobile phones are . . . a major generator of wealth. They allow people to transfer money, order supplies, track the weather and markets, find day labor, get advice on health and farming practices, and even obtain a primary education. . . . According to one estimate, every cell phone adds $3,000 to the annual GDP of a developing country. (94)

Pinker’s catalog of improvements is enjoyable, largely thanks to his witty style and skill at examining progress in unexpected ways. Take his discussion of traffic safety, which compares the dangers of today’s cars with those of horse-drawn carriages in 1900: The pedestrian fatality rate from horse transportation then was more than ten times greater than the rate for all pedestrians today. Although Americans drove three trillion miles in 2014, the risk of injury to pedestrians was the lowest since 1917, thanks to improvements such as “lights, crosswalks, overpasses, traffic law enforcement, and the demise of hood ornaments, bumper bullets, and other chrome-plated weaponry” (179). 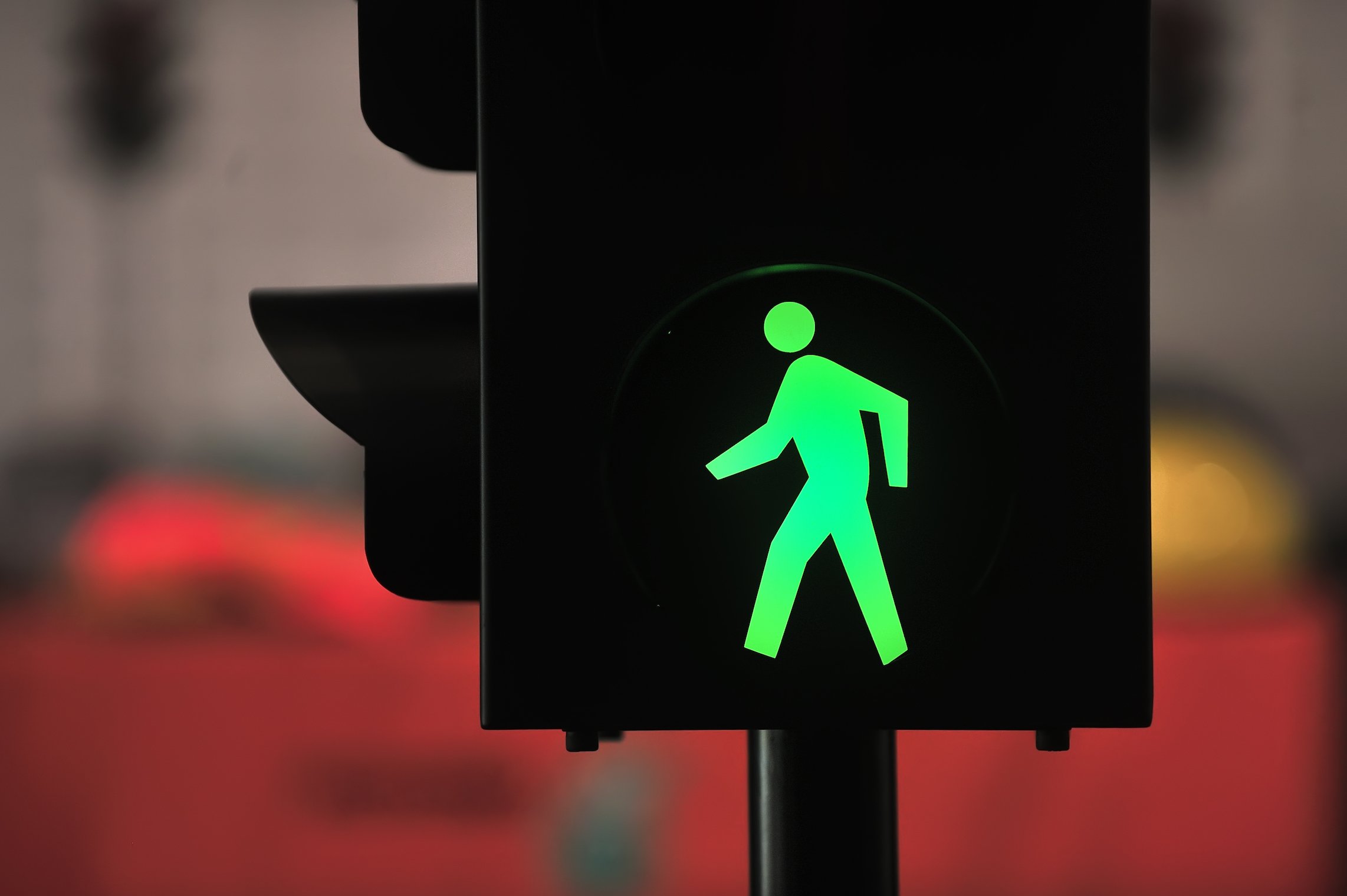 Pinker doesn’t assume progress is inevitable. Cultural catastrophes such as the Dark Ages prove that the factors essential to progress can be destroyed. That’s why it’s crucial to foster the moral and intellectual principles that blossomed during the Enlightenment and made these improvements possible—above all, a worldview grounded in reason instead of faith and aimed toward the safety and happiness of man instead of the appeasement of gods and kings.

Pinker shows that the “Great Escape”—during which humanity began shedding the poverty, ignorance, and tyranny in which it had wallowed for eons—began with the commitment to understand the physical world and human relationships in rational terms. Eighteenth-century conservatives such as Edmund Burke bemoaned “this new conquering empire of light and reason,” and their successors have kept up those complaints since. Their romanticized notions of the “simpler” past, however, obscure the brutal realities of life in an age before modern technology. Fear of what the future holds, symbolized by the famous “doomsday clock” that the Bulletin of the Atomic Scientists began publishing in 1947, is simply not warranted by the facts. “If the hands of a clock point to a few minutes to midnight for seventy-two years,” writes Pinker, “something is wrong with the clock” (311).

The philosophical passages of Pinker’s book are weaker; as a welfare statist, he disregards evidence that laissez-faire capitalism would make humanity richer and happier, and his ethical views are tainted by altruism inherited from the very religions he denounces. But his defense of reason against reactionaries and romanticists who deride the Enlightenment legacy—be they conservatives or leftist environmental doomsayers—is strong. And his elaboration of the breathtaking advances humans have made vindicates the Enlightenment’s essential values.

“We are born into a pitiless universe,” writes Pinker. “But there is no limit to the betterments we can attain if we continue to apply knowledge to enhance human flourishing” (452–53). But such flourishing is possible only in a culture that prizes reason and that can celebrate the immense achievements humanity has made . . . so far.

Harvard professor Steven Pinker lays out a powerful case for cultural optimism in his book Enlightenment Now.
Click To Tweet

View all articles by Timothy Sandefur →
How Jamie Dimon Should Have Answered Representative Katie Porter“Little Candle,” Bright Light: The Story of VanDamme Academy
Return to Top