America’s Revolutionary Mind: A Moral History of the American Revolution and the Declaration That Defined It by C. Bradley Thompson - [TEST] The Objective Standard 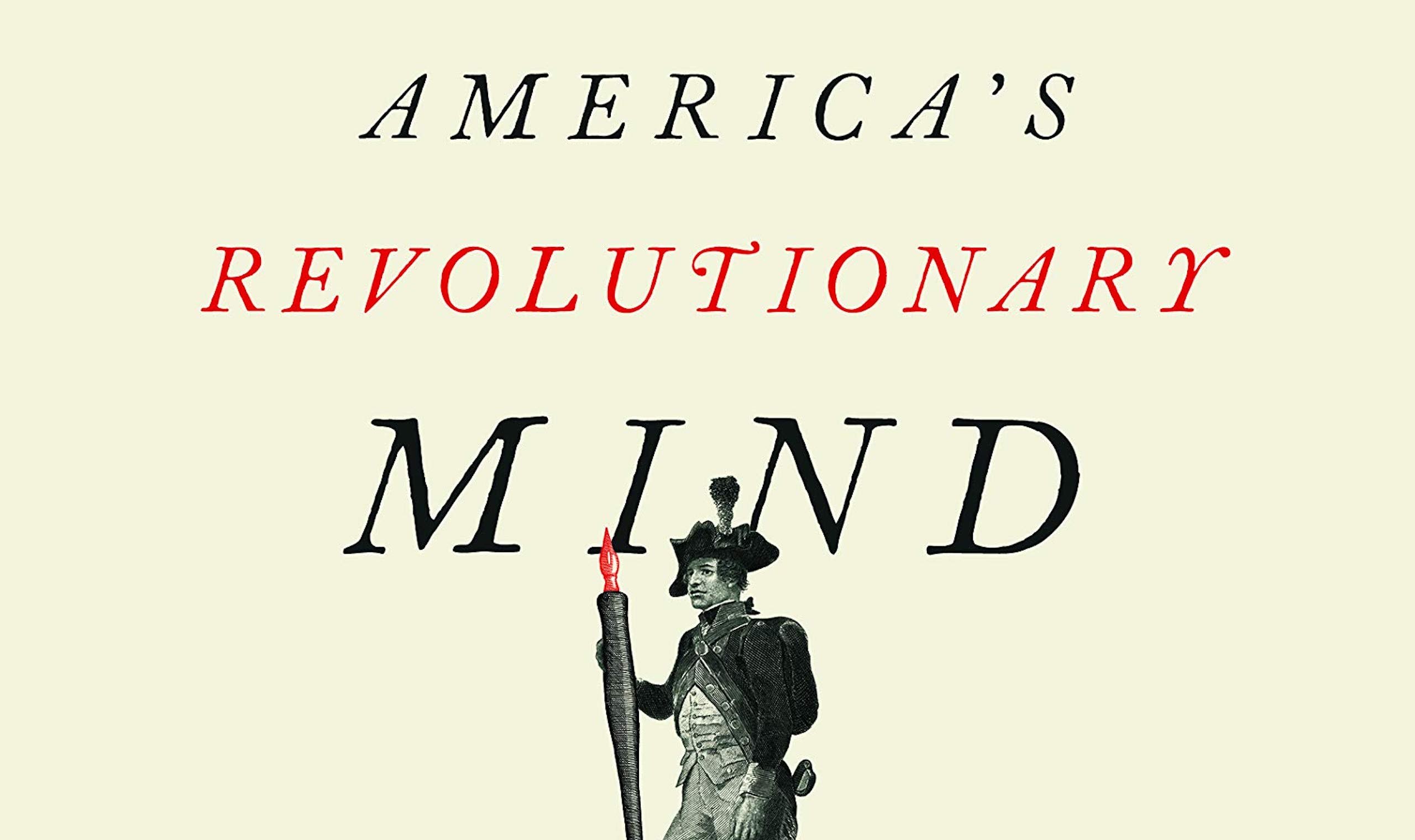 America’s Revolutionary Mind: A Moral History of the American Revolution and the Declaration That Defined It by C. Bradley Thompson

The history of the world cannot furnish an instance of fortitude and heroic magnanimity parallel to that displayed by the members, whose signatures affixed the Declaration of American Independence. —James Thacher, soldier in the Continental Army (335)

Each year, more than a million people travel from all over the globe to the National Archives Museum in Washington, D.C., home of the Declaration of Independence. People of all nationalities—not only Americans—are fascinated by this faded, smudged, parchment because, however ironically, it represents a doorway to modernity. Prior to the American Revolution, most people throughout most of human history had suffered under one form of monarchy or another. The founding fathers, however, broke with that past, laying a foundation for freedom and flourishing.

Understanding the principles of the Declaration is essential to sustaining what scientist Jacob Bronowski called “the ascent of man,” and for preventing the world from sliding back into tyranny and oppression. For well over a century, though, those principles have been distorted and attacked by many of those entrusted to relay the story of the Revolution: namely, academic historians. That’s all the more reason, then, for lovers of liberty and human progress to cheer the publication of C. Bradley Thompson’s America’s Revolutionary Mind. The first in a two-part series on the country’s fundamental ideas, this book is not a narrative of events but a systematic re-creation of the philosophy that led colonists to, in the words of Thomas Paine, “begin the world over again.”

Thompson’s “new moral history,” as he calls it, follows the evidence left in the period’s numerous pamphlets, speeches, sermons, letters, and resolutions to reconstruct the moral reasoning upon which Americans pledged their lives, their fortunes, and their sacred honor in defense of individual rights. He introduces modern readers to a pantheon of brilliant revolutionary thinkers: not only well-knowns such as Thomas Jefferson, John Adams, Benjamin Franklin, and Alexander Hamilton, but scores of anonymous pamphleteers and other largely forgotten luminaries, such as Dan Foster, Elihu Palmer, and Jonathan Mayhew. Weaving together their words, Thompson shows us just how great the consensus was among colonists on the fundamental tenets of “the American mind.”

This consistency came in large part from a common root: the Enlightenment thought of Francis Bacon, Isaac Newton, and, most significantly, John Locke. “Nature, to be commanded, must be obeyed,” said Bacon, and Newton went about demonstrating the incredible power of observation-based science. Newton’s friend Locke, a physician-turned-philosopher, applied this scientific approach to man himself, concluding that an understanding of man’s essential nature reveals certain universal moral and political truths. And Thompson’s “extended archaeological excavation of America’s revolutionary mind” reveals that it “is virtually synonymous with John Locke’s mind” (9, 32).

This is an all-too-rare conclusion among historians. As Thomas Pangle so well explains in The Spirit of Modern Republicanism, the “post-sixties” era birthed a sort of conservative reframing of the revolution and American founding—one that downplayed Locke’s significance and amplified that of the “prebourgeois,” communitarian, classical republican thinkers of Greece and Rome. And although Pangle (and Jerome Huyler, in his Locke in America) exposed the problems with this “classical republican” tradition and showed the depth of Locke’s influence, their works were addressed to an academic audience already steeped in the historiographical debate. In America’s Revolutionary Mind, Thompson—a Clemson professor who teaches political science to undergraduates using a “Great Books” approach—largely abstains from that debate, focusing solely on clearly presenting the Lockean/American system.1

His presentation does draw sharp distinctions between classical republics—which often unleashed the rights violations endemic of majoritarian democracy—and the innovative liberal republics devised by America’s founders. “In contrast to the ancient Greek and Roman republics,” writes Thompson, “the new American republics shrank the public sphere and expanded the private sphere.” In other words, “American-style republicanism was unique because of the emphasis it put on limiting the political power of those who rule—including the rule of the majority—so that individuals could rule themselves more efficaciously” (278).

Another historically inaccurate narrative that Thompson deflates is the one popularized most recently by the New York Times 1619 Project that Americans declared independence for the purpose of protecting slavery. “The intellectual case for slavery did not arise in America until the late 1830s, when the institution came under direct attack from northern abolitionists,” he writes (143). Most Americans were aware that slavery contradicted their most fundamental principles. “[I]t would be useless for us to denounce the servitude to which the Parliament of Great Britain wishes to reduce us,” said Benjamin Rush, “while we continue to keep our fellow creatures in slavery just because their color is different from ours” (137). In the judgment of many slaveholders, however, they were stuck on the horns of a dilemma: “We have the wolf by the ears, and we can neither hold him, nor safely let him go,” wrote Jefferson. “Justice is in one scale, and self-preservation in the other” (134).

Although the founders did not achieve their ideals in full, as Lincoln would later say, they nonetheless “set up a standard maxim for free society” and declared “the right, so that the enforcement of it might follow as fast as circumstances should permit” (360). Thompson writes, “Without question, the most important step in abolishing slavery was taken on July 4, 1776, when the American people declared to the world as a self-evident truth, ‘all men are created equal’” (145). The “logic of [the Revolution’s] core moral principles” highlighted a blot on the character of the country and galvanized an unprecedentedly energetic abolitionist movement (151). “Overall, by 1810, more than 100,000 slaves had been emancipated in the United States, either through court decisions, legislation, or acts of individual manumission. It was the largest emancipation of slaves in world history” (147).

In a startling epilogue, “Has America Lost Its American Mind?,” Thompson reveals that much of the widespread antipathy toward the founding vision actually stems from the proslavery movement that began in the 1830s. Committed slavers understood that their practices could not be reconciled with the universal moral principles of the Declaration.

They needed a theory that justified the notion that “what’s true for you is not true for me,” and they found it in the historical relativism (historicism) of the philosopher Georg Wilhelm Friedrich Hegel, “which advanced the idea that truth (especially moral and political truth) is historically relative to one’s own cultural horizon.” They embraced Hegel’s fantasy that the world is like a single organism and that history necessarily unfolds through stages toward higher levels of civilization. Slavery’s defenders argued—quoting Hegel in the House of Representatives—that theirs was not the backward and barbarous way of life, but the culmination of progress, “a mode of becoming participant in a higher morality” (364). Men, being mere parts of a more important whole, “are subordinate to the good of the whole,” wrote proslavery advocate George Fitzhugh, and free society “must be replaced by ‘domestic slavery,’ which he called ‘the oldest, the best and the most common form of Socialism’” and “the beau ideal of Communism” (372–73).

Thankfully, the Union defeated the Confederacy to which these ideas gave rise, but, as Thompson deftly outlines, its political goals and historicist method took deep root, and academics revived attacks not only against the Declaration’s “self-evident truths,” but against “the very idea of ‘truth’ itself” (374).

Despite its account of the spread of this philosophic disease through much of the American mind, Thompson’s achievement is proof that this mind is not entirely lost—and his book is an invaluable resource for understanding its nature and principles. Pick up a copy, and keep your eyes peeled for Thompson’s next book—on America’s constitutional mind.

P.S. Join C. Bradley Thompson and Timothy Sandefur for a discussion of “America’s Revolutionary Ideas: Their History and Future” at TOS-Con 2020: Philosophy for Freedom and Flourishing.

America’s Revolutionary Mind by C. Bradley Thompson is not a narrative of events but a systematic re-creation of the philosophy that led colonists to, in the words of Thomas Paine, “begin the world over again.”
Click To Tweet