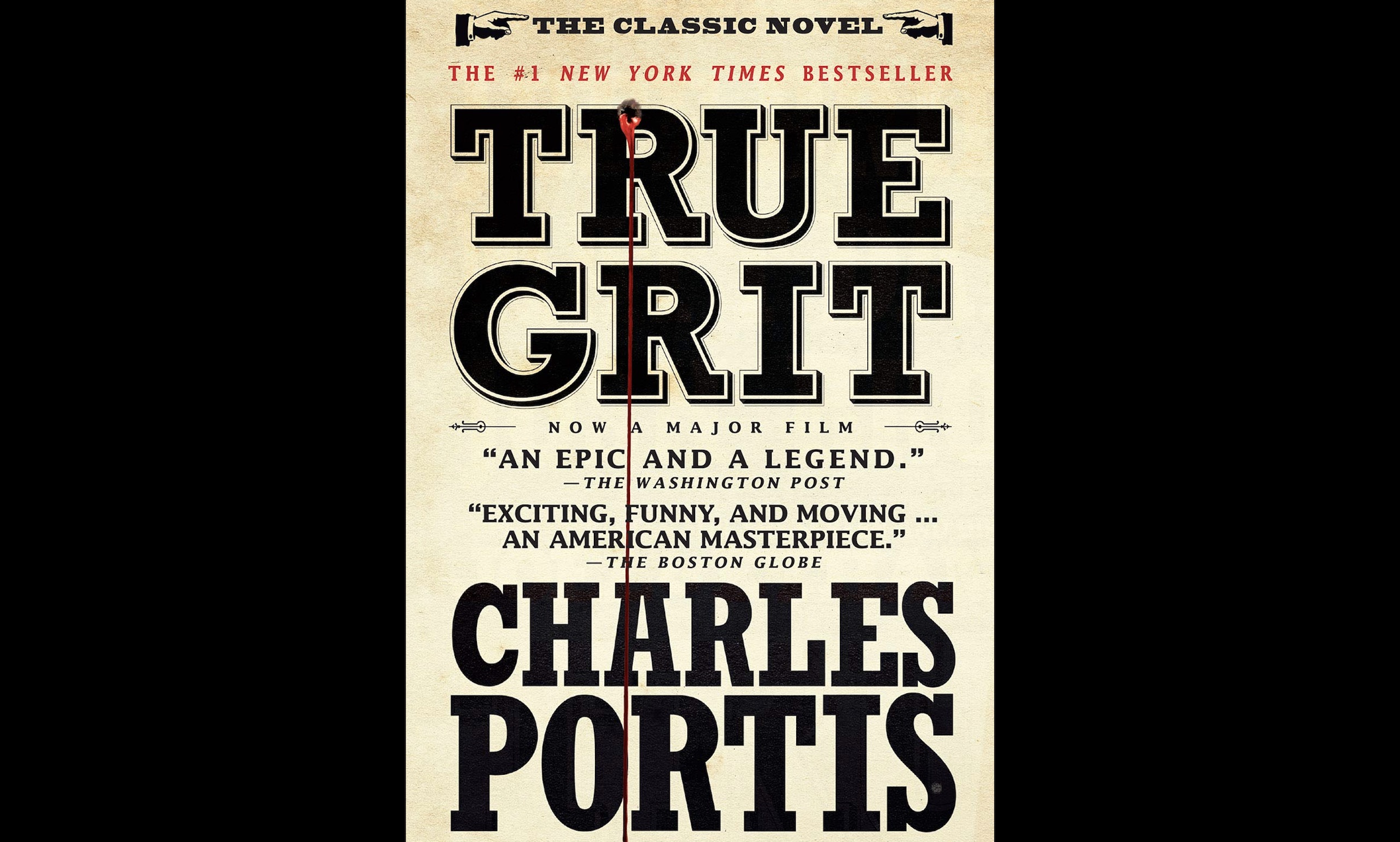 True Grit is the story of a fourteen-year-old girl, Mattie Ross, and her quest to avenge her father’s murder. Told from the perspective of an older Ross reflecting on her adventure, the story shows the power of the good to conquer evil.

Ross is a strong, independent young girl with shrewdness and maturity beyond her years. She is single-minded in her mission to enact justice for her father’s murder and does not relent, even in the face of adults’ objections. Her no-nonsense, straightforward attitude creates a comedic effect as her interactions with adults often leave them embarrassed or stunned. One encounter with a horse trader leaves him particularly flummoxed: “I do not deal with children. . . . You are impudent . . . [and] an unnatural child.” Ross responds, “I do not wish to be, sir, but I will not be pushed around when I am in the right” (loc. 322–39). To ensure that her father’s killer is brought to justice, Ross hires the toughest, meanest lawman she can find, and the conversation in which she learns of him illustrates her headstrong determination, as well as the book’s deadpan humor. Ross asks,

“Who is the best marshal they have?” The sheriff thought on it for a minute. He said, “I reckon William Waters is the best tracker. He is a half-breed Comanche . . . and it is something to see, watching him cut for a sign. The meanest one is Rooster Cogburn. He is a pitiless man, double-tough, and fear don’t enter into his thinking. He loves to pull the cork. Now L. T. Quinn, he brings his prisoners in alive. He may let one get by now and then but he believes even the worst of men is entitled to a fair shake. . . . Quinn is a good peace officer and a lay preacher to boot. He will plant no evidence or abuse a prisoner. He is straight as a string. Yes, I will say Quinn is about the best they have.” [Ross] said, “Where can I find this Rooster?” (loc. 200–208).

Cogburn is old, grizzled, and notorious for dealing a heavy hand to outlaws. He possesses a love of justice and firmly believes in protecting the good and punishing the evil. This conviction is highlighted when, in one scene, Cogburn is criticized over his harsh methods but remains boldly unapologetic, saying, “I never shot nobody I didn’t have to. . . . It’s dangerous work. . . . Three murdering thieves might have got loose and gone to killing somebody else.” And he later says, “I might have been killed myself. It was mighty close at that and it is no light matter to me” (loc. 499–506, 564). At the novel’s epic climax we see the full display of Cogburn’s fearsome fighting spirit, the true grit Mattie Ross believes he possesses. It’s a powerful scene that you must experience for yourself.

Another entertaining character is the Texas Ranger, LaBoeuf. He, too, is on the hunt for Ross’s father’s killer and joins forces with Cogburn. LaBoeuf serves as a foil to Cogburn; his brashness and incompetence play off of Cogburn’s conscientiousness and experience. Throughout much of the adventure, LaBeouf unwittingly thwarts Cogburn’s plans to apprehend the fugitive killer. The two men’s personalities clash and, at times, threaten to tear the trio apart. However, at the climax, LaBeouf rises to the occasion and shows skill as a now-competent Texas Ranger.

The Audible recording of True Grit is especially enjoyable, thanks to Donna Tartt’s narration. Her southern drawl perfectly complements the story and brings the characters to life. Tartt also narrates an essay that she wrote (included in both audiobook and book editions) discussing the book’s appeal to all age groups, as well as the elements that make it a great novel. This essay is illuminating and makes returning to the story even more enjoyable.

What I found of particular interest in True Grit was how it portrays evil in relation to good. The main villains are a gang of killers, yet they are defeated by a young girl—albeit, with the help of two lawmen. It thus shows the power of determined and uncompromisingly good people to snuff out evil. What greater illustration of this theme is there than a child defeating wicked men?

Charles Portis’s novel is a story filled with memorable characters and stimulating action that treats serious themes with lighthearted yet benevolent wit. For readers looking to explore the Western genre of the great American canon, True Grit is a true classic.

Charles Portis’s True Grit is a story filled with memorable characters and stimulating action that treats serious themes with lighthearted yet benevolent wit.
Click To Tweet

William Nauenburg works as a freelance writer and blogger. He earned his bachelor's degree in philosophy from San Diego State University and currently resides in San Diego, California.

View all articles by William Nauenburg →
TOS-Con 2020 and CoronavirusAmerica’s Revolutionary Mind: A Moral History of the American Revolution and the Declaration That Defined It by C. Bradley Thompson
Return to Top