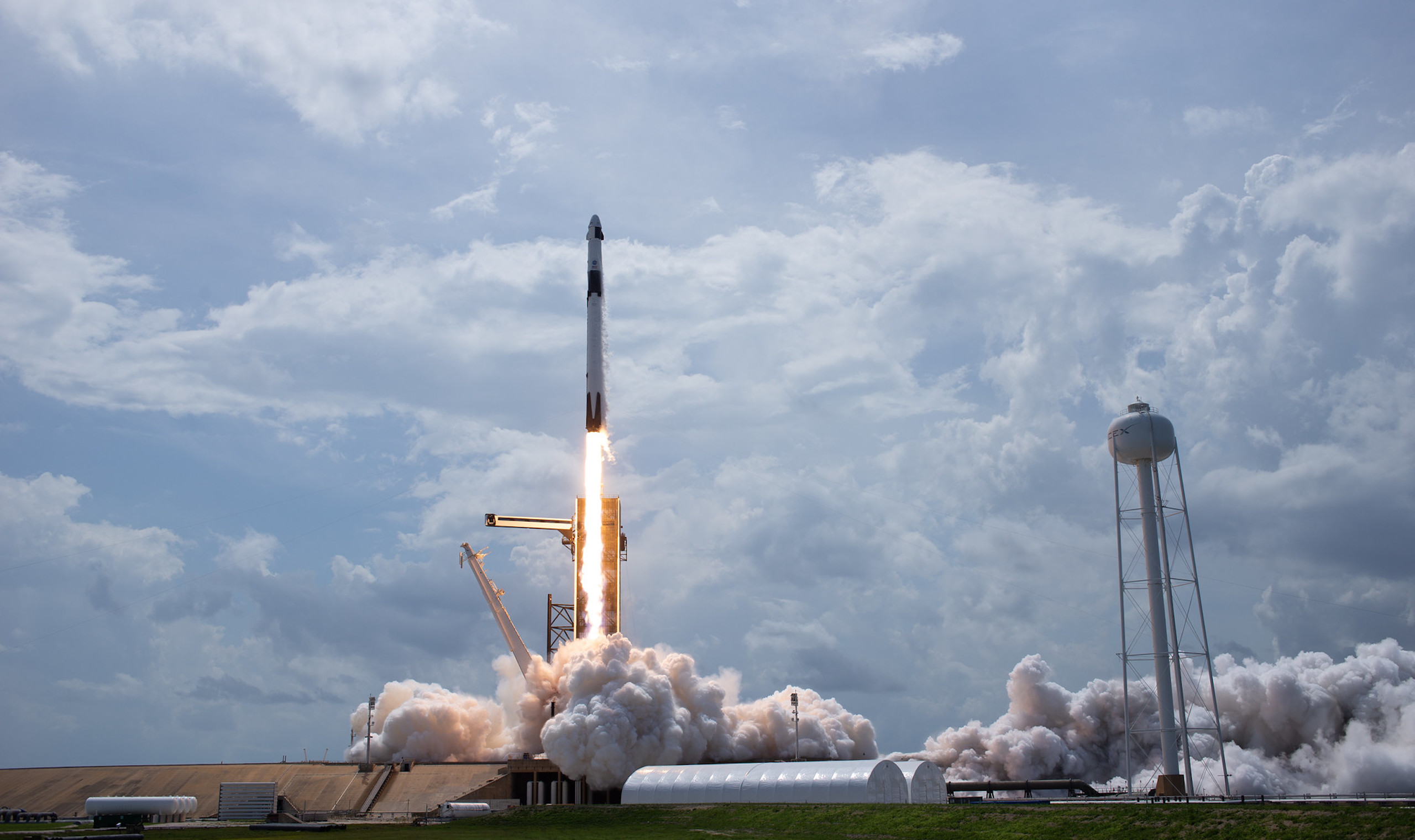 Until now, every person to orbit Earth has flown on a spacecraft designed and launched by a government agency. Even at the start of 2020, fifty-nine years after Yuri Gagarin became the first person to orbit Earth, only three organizations had ever launched a human being into orbit: the Russian state space agency, Roscosmos; America’s NASA; and China’s CNSA.

Since the retirement of NASA’s Space Shuttle in 2011, only the Russian and Chinese space agencies have had the capability to launch humans into orbit. Although NASA has worked slowly on a replacement for the Shuttle, it has relied on Russia’s Soyuz spacecraft to get its astronauts to and from the International Space Station (ISS) at a cost of up to $86 million per seat.1 NASA’s new Orion spacecraft is expected to make its first manned launch in 2023, four years behind schedule and at a cost of $21.4 billion to U.S. taxpayers.2

Fortunately, NASA is no longer the only organization designing manned spacecraft in America. On Saturday, May 30, SpaceX launched the first manned flight of its new Crew Dragon spacecraft. This is the first time in history that human beings have launched into Earth’s orbit on a spacecraft designed and built by a private company.3

This launch is the culmination of a process that began with the first launch of SpaceX’s Falcon 1 rocket in 2006. From the start, SpaceX’s goal was to dramatically reduce the cost of launching payloads into orbit in order to make spaceflight commercially viable and make space accessible to a much wider range of customers. The key to achieving this is reusability.

When NASA introduced the Space Shuttle in 1981, reusability was its selling point as well. The Space Shuttle orbiter and the solid rocket boosters that assisted it into orbit were designed to be recovered and reused up to one hundred times. Only the external fuel tank was meant to be disposable. The Shuttle’s goal was twofold: open up space to a broader range of commercial clients and provide the United States military with superior launch capabilities for its space operations.

Unfortunately, the Shuttle was a victim of both its own complexity and the bureaucracy that almost always infects government projects. Pressure to accelerate the program and cut costs led to fatal mistakes. Intended to fly one hundred missions per year, the Shuttle program peaked at nine flights in 1985 before a design fault in the solid rocket boosters caused the orbiter Challenger to disintegrate during launch in January 1986, killing the seven crew members onboard. When the program resumed in 1988, new safety measures swelled the cost of each mission and limited NASA to six or seven manned launches per year. After Columbia was lost in another disaster in 2003, NASA realized that the risk of another Shuttle disaster was very high. Consequently, during every flight thereafter, NASA required the ISS crew to thoroughly inspect Shuttles for heat-shield damage. An entire second crew and orbiter stood ready on the ground to fly a rescue mission in case the ISS crew discovered any damage.

SpaceX, through the Falcon and Dragon programs, has achieved what NASA never has. It has produced a fully reusable launch vehicle, thus reducing the cost of launching payloads to orbit by a factor of twenty.4 It also has produced a craft capable of filling the Shuttle’s role—transporting humans to and from the ISS—at least three years earlier than NASA’s Orion at a fraction of the cost to taxpayers.5

Critics of SpaceX point out that NASA, and by extension the federal government, has given SpaceX large amounts of money to develop the Crew Dragon, saying the company is effectively subsidized by the government. However, this is not an example of the government subsidizing a company, but rather of NASA purchasing a service from a private provider. Among the millions of things governments and government agencies purchase, they also buy other types of vehicles, such as cars and conventional aircraft. Such purchases are not subsidies.

There’s an essential difference between a subsidy—a government grant—and a transaction in which the government purchases a product from a private company. In return for the funding it received from NASA, SpaceX provided a vehicle superior to what NASA was able to develop on its own. Although nonmilitary space operations should be fully privatized, governments will need to maintain a presence in space in order to protect individual rights, and they’ll need to buy goods and services from private companies in order to do so.

SpaceX’s success shows that private companies can advance human spaceflight far more effectively and efficiently than government programs. In little more than a decade, SpaceX has introduced numerous groundbreaking technologies: rocket boosters that land themselves back on the launchpad after separation, an escape system that makes Crew Dragon launches far safer than any other, a revolutionary new spacesuit that allows astronauts far more mobility and comfort than ever before, and much more.

In order for the U.S. government to protect rights, it must maintain a presence in space. However, government control of spaceflight for the past six decades has led many to assume that government is best equipped to manage and drive the development of spaceflight. That, as SpaceX has shown, is not the case.

In fact, government control of the industry has stifled its development to the massive detriment of people everywhere. What SpaceX has achieved in fourteen short years is but a preview of what’s to come if private companies are allowed to continue innovating in spaceflight technology.

Government control of spaceflight for the past six decades has led many to assume that government is best equipped to manage and drive the development of spaceflight. That, as SpaceX has shown, is not the case.
Click To Tweet

Thomas Walker is an assistant editor of The Objective Standard. He holds a master’s degree in music from Oxford Brookes University. His hobbies and interests include travel, aviation, photography, and science.

View all articles by Thomas Walker →
Contra Tim Bray and Co., Amazon Is a Paragon of VirtueWhy We Should Celebrate the Wealthy Going to Space

1. “NASA Has Purchased an Additional Soyuz Seat from Russian Space Agency as a Failsafe, to Ensure It Will Have a Ride to the USS,” First Post, May 30, 2020, https://www.firstpost.com/tech/science/nasa-purchased-additional-soyuz-seat-russian-space-agency-failsafe-ensure-will-ride-iss-8371771.html (accessed June 3, 2020).

3. Although Scaled Composites became the first private company to launch humans into space in 2004, this was a suborbital flight in which the spacecraft exited the atmosphere, then reentered on a parabolic trajectory without ever reaching orbital velocity.

5. NASA invested $6.6 billion in the Commercial Crew Development Program between 2010 and 2020. This is one-quarter the cost of the development of the Orion spacecraft and represents NASA investment in commercial crewed spacecraft from SpaceX, Boeing, and several other manufacturers.