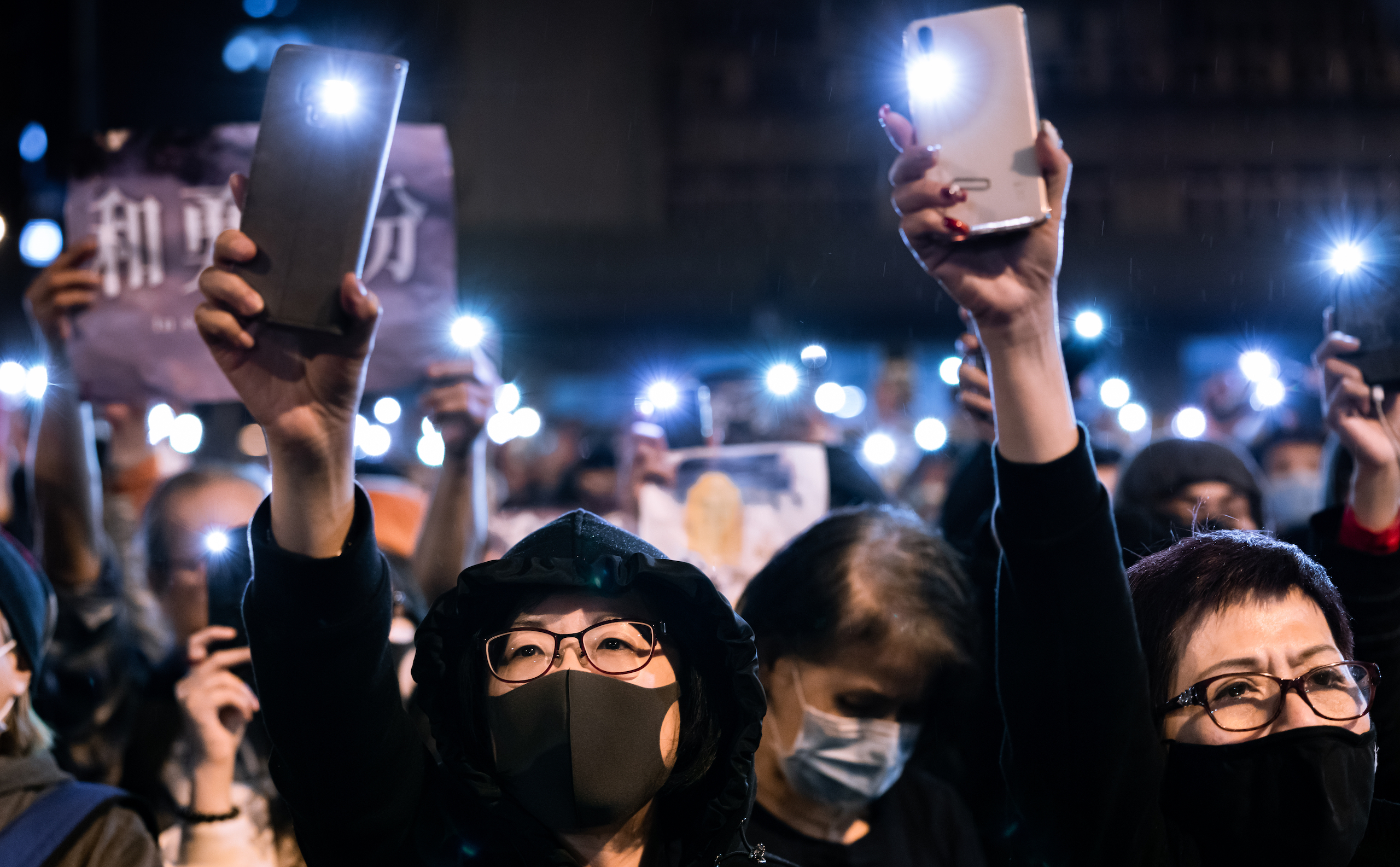 In 2015, Chinese police arrested Wang Quanzhang, a civil rights attorney and one of more than two hundred attorneys, journalists, and civil rights activists arrested in what’s become known as the 709 crackdown.1 Most of those jailed were released after officers extracted “confessions,” often via torture and forced medication. Not Quanzhang, though. He refused to confess, even after at least five months of relentless torture. Only after nearly three years of being held incommunicado was he allowed access to a lawyer—before being convicted and forced to finish a four-and-a-half-year sentence. In early 2019, Doriane Lau, China researcher at Amnesty International, said, “In the three years leading up to his sham of a trial, the authorities disappeared Wang Quanzhang into a black hole . . . Wang’s family, who continue to be harassed by the authorities, didn’t even know if he was alive until recently.”2

Such rights violations—and much worse—are common in China, despite the country’s constitution, which declares that “The State respects and preserves human rights.”3 For instance, in 2017, the Chinese Communist Party established the Xinjiang “reeducation” camps, where hundreds of thousands—some estimate as many as three million—Muslims, Christians, and ethnic minorities have been interned without charges or trial and forced to labor and endure endless hours of communist propaganda.4 Or take another example: In 2018, cops busted into the home of Sun Wenguang, a retired economics professor, and forced him to end a live broadcast in which he was criticizing the economic policies of Xi Jinping. Authorities later held him under house arrest, forcing his wife to tell inquirers that he was traveling so as to dispel suspicion.5

Those who manage to leave the country are pressured—under threat to their families back in China—not to publicly criticize the regime. After Chinese Canadian actress Anastasia Lin criticized Chinese authoritarianism, the government revoked Hong Kong visas for her uncle and grandparents.6 All this because, although China may claim to “respect and preserve human rights,” it subordinates them to the socialist state, declaring, “citizens of the People’s Republic of China, in exercising their freedoms and rights, may not infringe upon the interests of the State, of society or of the collective.”7

That’s why, despite professed guarantees of freedom of speech, of the press, and of assembly, China’s new “security law” for Hong Kong is a threat to the security not only of every person in Hong Kong, but to everyone who enters the region. Nay, to fall under the law’s purview, you need merely board an aircraft or vessel registered in Hong Kong, including those of Cathay Pacific and Hong Kong Express airways.

Its provisions criminalize “only” acts or threats of “secession, subversion, organisation and perpetration of terrorist activities, . . . collusion with a foreign country” and those that “undermine the sovereignty, unification and territorial integrity of the People’s Republic of China.”8 However, China has a history of interpreting its laws quite loosely. After all, Quanzhang was convicted of “subverting state power” for the infernal insolence of establishing a law practice aimed at protecting the rights of Chinese citizens—a practice, by the way, registered in Hong Kong, where he thought the region’s supposed sovereignty and protections for rights would shield him. And China’s concentration camps were established as part of the “people’s war on terror,” on the premise that religion is being used to undermine the Communist Party’s rule.

Such loose interpretations are why at least ten people already have been jailed for violating China’s new edict, several of whom committed the “crime” of unfurling “Independence for Hong Kong” flags. Reportedly, police were instructed to arrest anyone in possession of such flags.9 As many are saying, the “security law” spells “the end of Hong Kong”—that is, the end of the freedoms that have turned a tiny island with virtually no natural resources into one of the most thriving economies on Earth.

We didn't break the law. THE LAW IS BROKEN, AND YOU ARE THE ONE WHO DID IT.#CCP_is_terrorist pic.twitter.com/vgLCN65WFi

It’s heartening, though, that among the positive responses of Westerners, big tech companies have pressed pause on reviewing all inquiries for user data made by Hong Kong officials. Historically, tech companies have complied with government requests that align with their policies and are backed by valid court orders, but Google and Twitter stopped answering such requests on July 1, the day after the law went into effect, and Facebook followed suit on July 6. “Like many public interest organizations, civil society leaders and entities, and industry peers,” said a Twitter spokesperson, “we have grave concerns regarding both the developing process and the full intention of this law.” A Facebook spokesperson said, “We are pausing the review of government requests for user data from Hong Kong pending further assessment of the National Security Law, including formal human rights due diligence and consultations with international human rights experts.” Facebook also said, “We believe freedom of expression is a fundamental human right and support the right of people to express themselves without fear for their safety or other repercussions.”10

Telegram, a messaging app popular in the region, also has stopped responding to government inquiries.11 TikTok—owned by the Chinese company ByteDance and accused by some of sharing user data with the Chinese Communist Party—has said, “In light of recent events, we’ve decided to stop operations of the TikTok app in Hong Kong.” According to one reporter, “The company has said that TikTok has not shared data with the Chinese government nor would it, a position that would be difficult—if not impossible—to maintain under the new law.”12

So, while Donald Trump and company threaten to regulate tech companies for “censoring” conservatives, many such companies are doing what they can to face down actual censorship—that is, government suppression backed by a gun.13 This noncompliance is a profoundly moral move.

Despite stipulations to the contrary, China’s Communist Party is likely to enforce the new law retroactively, and many Hongkongers are scrambling to delete accounts and posts that might raise the ire of government officials. If tech companies have the ability, they ought to assist users however they can, perhaps by purging relevant caches and flagging potentially “criminal” posts for user review.

Tech companies get plenty of things wrong, but their response to China’s latest act of authoritarianism is not one of them. Thank you, big tech, for standing up for the rights of Hongkongers.

Tech companies such as @Google @Twitter @Facebook @Telegram get plenty of things wrong, but their response to China’s latest act of authoritarianism is not one of them. Thank you, big tech, for standing up for the rights of Hongkongers.
Click To Tweet

View all articles by Jon Hersey →
Firefly, created by Joss WhedonReimagining Capitalism in a World on Fire by Rebecca Henderson

5. Alexandra Ma, “A Renegade Chinese Professor Who Was Forced Off-Air While Criticizing the Government Says He Was Locked in His Apartment and Told to Make up a Story That He Left Town,” Business Insider, August 14, 2018, https://www.businessinsider.com/sun-wenguang-china-critic-claims-locked-in-home-2018-8?r=UK.

6. Alexandra Ma, “Barging into Your Home, Threatening Your Family, or Making You Disappear: Here’s What China Does to People Who Speak Out against Them,” Business Insider, August 19, 2018, https://www.businessinsider.com/how-china-deals-with-dissent-threats-family-arrests-2018-8.

7. Constitution of the People’s Republic of China.

8. “English translation of the Law of the People’s Republic of China on Safeguarding National Security in the Hong Kong Special Administrative Region,” XinhuaNet, July 7, 2020, http://www.xinhuanet.com/english/2020-07/01/c_139178753.htm.

13. For more on government efforts to regulate social media companies, see my article “Social Media and the Future of Civil Society” in The Objective Standard 15, no. 1 (Spring 2020), https://www.theobjectivestandard.com/2020/02/social-media-and-the-future-of-civil-society/.