The Case against Socialism by Rand Paul - [TEST] The Objective Standard 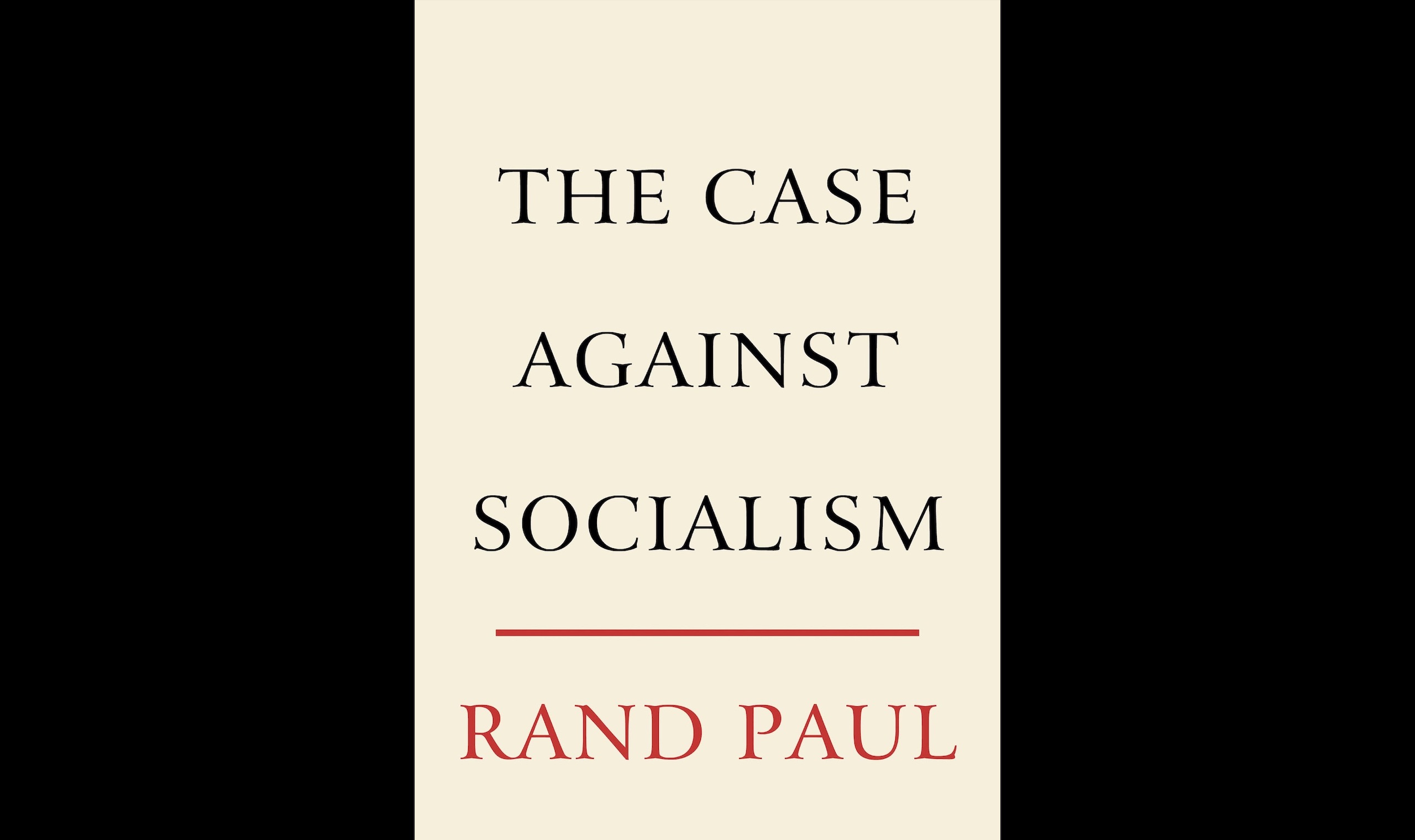 The Case against Socialism by Rand Paul

Socialism should need no further cases made against it. No books or essays penned in our time can stand as a starker warning of its perils than the blood and tragedy etched into the history of the 20th century. Yet time and again it enchants a new generation in another corner of the globe, and when it comes back in fashion, those charmed by it are largely impervious to its well-chronicled, catastrophic carnage.

Throughout its three hundred some pages, Rand Paul’s The Case against Socialism revisits some of those familiar catastrophes, from the USSR’s gulags to the killing fields of Cambodia. But recounting the grim and lethal paranoia of the Soviet police state or the murder of teachers and parents by students and children in Maoist China seems unlikely to sway those yearning for a Shangri-La of free health care, abolished student debt, and mandated economic equality. On social media, in opinion pieces, and on presidential debate stages, the disastrous results of socialist experiments are discounted and brushed aside with a few vague qualifiers, along the lines of: “Today’s socialism is nothing like that socialism. Today’s socialism is about equality. Today’s socialism is about fairness. Today’s socialism is about health care. And look at Finland!”

Paul’s book is most effective when it focuses less on socialism’s monumental and historic injustices—which have been well documented by historians, poets, and survivors with pens mightier than Paul’s—and more on the hot-button issues that are rallying points for socialists today: income inequality, climate change, cronyism, and so forth. Paul’s analyses of socialism’s selling points, from the supposed successes of European welfare states, to the “perks” of “free” universal health care, to the rich being made to “pay their fair share,” are valuable and insightful.

In chapters dedicated to the alleged successes of modern European socialism, Paul surveys supposedly socialist countries and shows that capitalist elements are the engines generating the wealth that props up a socialist veneer. Whether we’re considering the booming economy spurred by Poland’s low taxes and minimal regulations up through the 1970s or revenues generated via Norway’s immense North Sea oil reserves, industrialists and entrepreneurs create the wealth that funds exorbitant welfare benefits.

Paul also points out the relative economic freedom of Scandinavian countries; he cites rankings from The Economist that place Denmark, Norway, and Sweden among the top ten easiest countries to do business in. These countries have high middle-class tax rates, and Paul argues that their governments have perfected a strategy of largely staying out of the way of wealth generators and then swooping in to confiscate and redistribute a tremendous portion of their revenues. And he highlights their recent drift away from socialism, pointing to Sweden’s lowering of its taxes and its deregulation in the 1990s and 2000s in an effort to stem the exodus of its higher-earning citizens.

In a similarly keen analysis of present-day climate alarmism, Paul takes the position that something is happening with regard to global temperature, and human action probably is a contributing factor. However, he maintains, the notion that this trend inevitably will result in a catastrophe, and that this catastrophe can be averted only through socialization of world economies and by governments spending trillions of dollars, is absurd. He argues that climate change is a condition that some dishonestly diagnose as terminal, then use the opportunity to prescribe a particular “medicine”: socialism.

Paul exposes the nonsense and half-truths that the left (and some on the so-called “right”) tell about the necessity of instituting socialism. Today’s socialists and their sympathizers in the West have grown up in a time of unprecedented prosperity, far away from the graves that mark the consequences of their ideology. To the extent that they acknowledge socialism’s blood-drenched record, they express a conviction that the socialist concoction has been refined, the recipe improved, and that present-day America is ready for its much-needed “cure.” This book provides helpful analyses to address and counter such arguments.

What it sorely lacks is a strong, moral case against socialism and for its antithesis: capitalism. For instance, in the chapter titled “Capitalism Is the More Moral System,” not only does Paul make no moral arguments for capitalism—he does not use the words “morality,” “moral,” “ethics,” or their synonyms at all in the chapter—he makes no arguments, period. Instead, he stages a play battle between Thomas Piketty with his Capital in the Twenty-First Century on the one side and a slew of disparate quotations from journalists on the other.

But readers aren’t even presented with Piketty’s views or accurate summaries of them. Instead, we get snippets of Piketty through his critics, such as David Harsanyi at the Federalist and Daniel Schuchman at the Wall Street Journal. The level of Paul’s response here does not rise above this:

And to bolster his case that we’re all better off under capitalism, Paul offers:

As I have noted on national television, much to my wife’s chagrin, I buy shirts at Target for $7. [Dalibor] Rohac writes that “[I]n terms of the actual material conditions of living, developed countries appear to be more equal than ever before.” You can see this firsthand. Just go to Target or TJMaxx and you, too, can experience the equalizing effects of worldwide free trade and the division of labor. (32)

While addressing the credit and debit variance in the revenues and expenses of the proposed Green New Deal, Paul writes:

It isn’t enough to point out that Ocasio-Cortez’s tax brings in $50 billion and her spending proposals cost $50 trillion. Basic math is not enough to win the hearts and votes of today’s voters. . . . we must get today’s voters, particularly the youth, to love the liberty of voluntary transactions between consenting adults—capitalism. (111)

Unfortunately, $7 T-shirts won’t do. Although Paul acknowledges that purely economic arguments won’t trigger a sea change, he fumbles for some other means. What he and many other would-be freedom fighters appear not to realize—and what AOC and other leftists definitely do—is that winning hearts and minds requires understanding and taking the moral high ground. Here, Paul is entirely ineffective.

The Case against Socialism exposes some of the fallacies of today’s socialists, providing those who wish to meet them on debate stages, on social media, and across dinner tables with helpful facts and figures. In that respect, insofar as it goes, it’s a timely and welcome resource. Alone, however, it’s insufficient for defending capitalism. Those who want to defend freedom may enjoy The Case against Socialism. But it will prove of little use to them without knowledge of the moral case for free society.

@RandPaul’s The Case against Socialism provides helpful analyses to address the arguments of today’s socialists. What it sorely lacks is a strong, moral case against socialism and for its antithesis: capitalism.
Click To Tweet

Keith Sanders is an accountant and singer/songwriter living in New England.

View all articles by Keith Sanders →
So Who Is John Galt, Anyway? by Robert TracinskiTwenty Soul-Fueling Works of Art to Check Out While You’re Stuck at Home
Return to Top